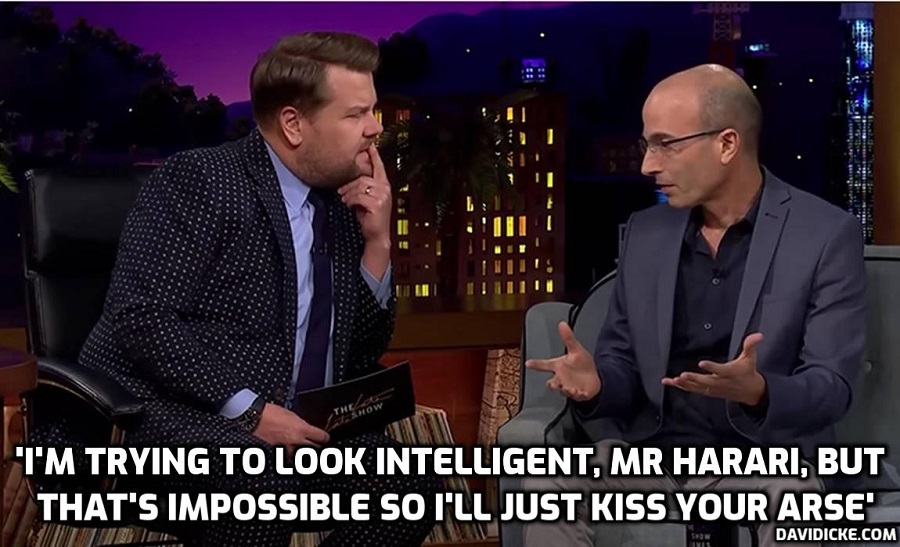 Transhumanist author and top advisor to Klaus Schwab’s World Economic Forum Yuval Noah Harari is making his rounds on late-night comedy shows to promote his latest book, this one aimed at children.

The book, “Unstoppable Us, Volume 1: How Humans Took Over the World,” is described as an “illustrated book for middle-grade readers” that teaches how humans came to be the most dominant creatures on the planet.

In reality, the book teaches children religions are made-up stories and indoctrinates them with globalist talking points about economic and social issues.

The homosexual author was also sure to fit some LGBT imagery into the artwork.

Last week, Harari made an appearance on “The Late Late Show With James Corden” to push his new product.

One thing the WEF advisor wants children to learn is “what a corporation is and how to beware of the dangers when encountering a corporation.”

He also explains in the book how mankind created the concept of money and how its worth is “all in our head.”