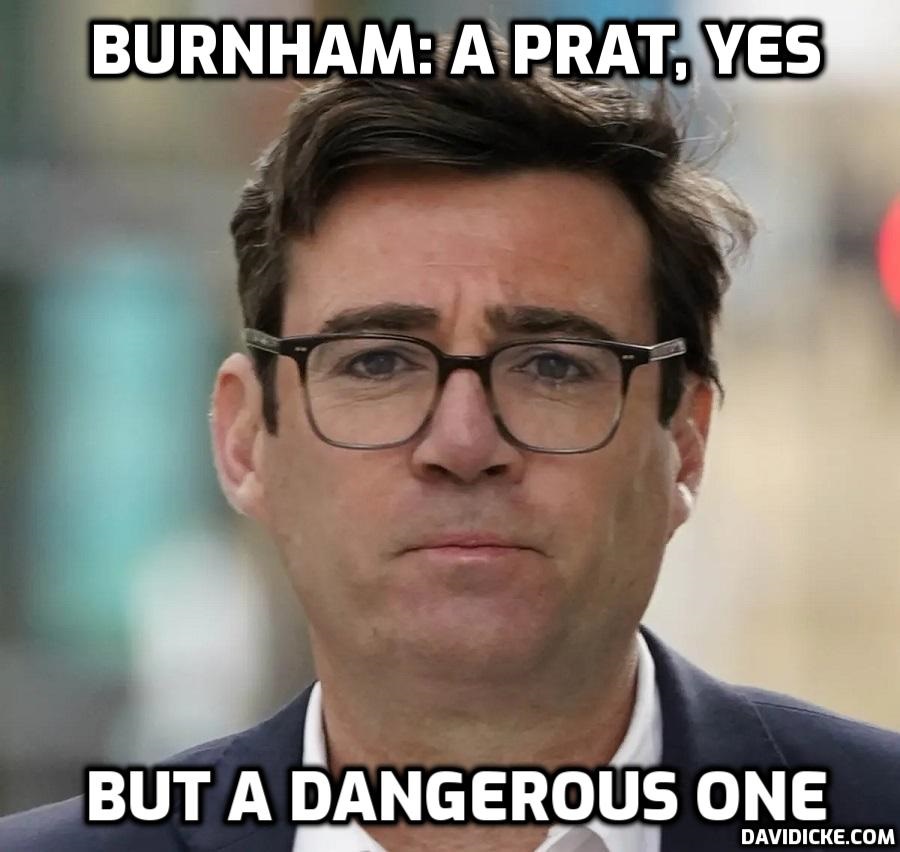 The Mayor of the English city of Manchester, Andy Burnham, has called for a new law to prosecute those who spread “offensive lies and conspiracies.”

Mayor Burnam’s comments followed a man being sued for claiming that the Manchester Arena attack in 2017 was a hoax.

“The law needs to be changed to make it a serious criminal offence to peddle these offensive lies and conspiracies with custodial penalties,” Mayor Burnham wrote. 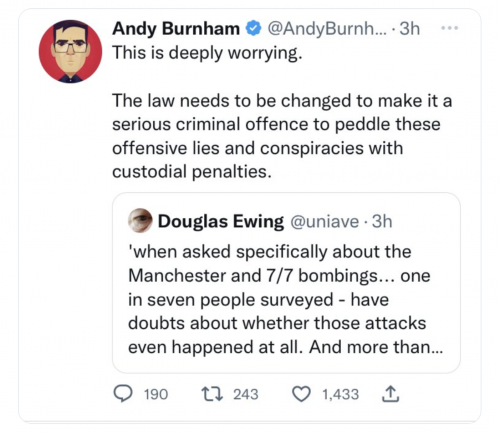 A survivor of the 2017 Manchester Arena attack, Martin Hibbert, is suing a conspiracy theorist who claims the attack was a hoax.

A survey conducted by Kings College, involving 4,000 correspondents, found that 14% doubt whether the attack happened at all, and 10% of people think it was a hoax.

A conspiracy theorist who believes the attack was a hoax, Richard D Hall, has targeted Hibbert, who was paralyzed from the waist down, and his daughter Eve, who suffered a traumatic brain injury.

Read More: Manchester Mayor calls for jail time for those that spread “offensive lies and conspiracies”