Rishi Sunak is preparing sweeping tax rises for years to come for every household in the country, as the PM and Chancellor Jeremy Hunt agree to fill ‘eye-watering’ £50billion black hole through a combination of tax increases and spending cuts.

Mr Sunak and Mr Hunt agreed yesterday it was ‘inevitable’ that all taxpayers will face a higher burden in the coming years.

Their grim assessment came after they decided that soaking the rich and taking an axe to public spending will not be enough to balance the books and protect services, with an estimated £50 billion to be found.

A Treasury source said last night: ‘It is going to be rough. The truth is that everybody will need to contribute more in tax if we are to maintain public services.

‘After borrowing hundreds of billions of pounds through Covid-19 and implementing massive energy bills support, we won’t be able to fill the fiscal black hole through spending cuts alone.’

They added that Mr Sunak and Mr Hunt are committed to protecting the most vulnerable in society during the ‘difficult period’ ahead.

The new Prime Minister and Chancellor, preparing for the crucial Budget on November 17, agreed last week that major cuts must be made to Whitehall departments, signalling a return to the austerity era of a decade ago.

But in another summit yesterday morning, they concluded that tax rises will also be needed across the board. 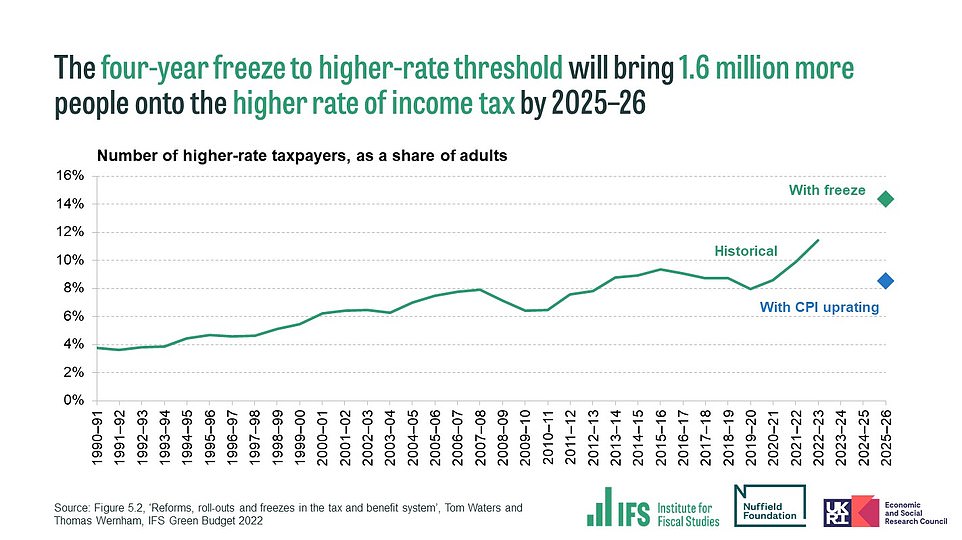