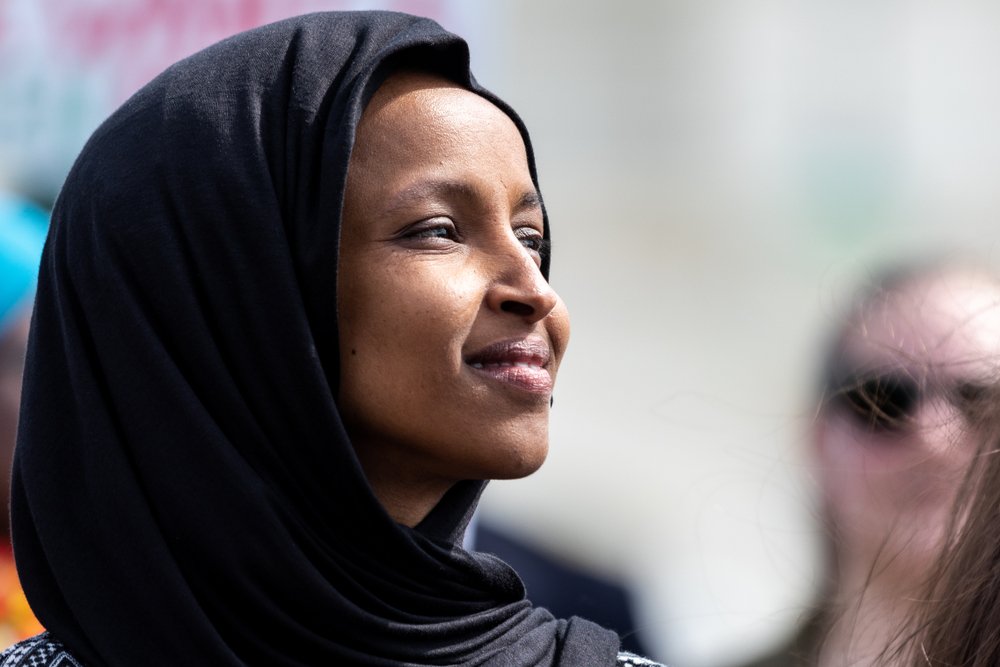 After protesters crashed an AOC town hall earlier this month, calling her a sellout on foreign policy despite her being labeled a “progressive” – now it’s another member of ‘the Squad’ whose political rallies are getting crashed.

Democratic Rep. Ilhan Omar held a town hall Thursday night in Richfield, Minnesota – which came days after she was among 30 Progressive Dems to issue a letter to President Biden urging a diplomatic solution on Ukraine, but which was retracted merely less than a day later after backlash from fellow Democrats. Like AOC before, anti-war activists demanded answers from Rep Omar on Ukraine. Journalist and independent political commentator Michael Tracy observed of a video clip of the exchange, “Pressed on her Ukraine war position for what may be the first time since February, Ilhan Omar just starts incoherently scream-crying”….

Ilhan Omar doubles down on backing Ukraine and yells at anti-war protesters pic.twitter.com/MbIkuug52z