A 56-year-old roofing contractor and friend of the family had his first ever seizure while working on the rooftop of a hotel building.  His coworker used all his might in a harrowing rescue maneuver to keep the helpless seizing man from falling further over the edge to his death many stories below.

As a result of this neurological event, the contractor had a prolonged severe concussion, broken ribs, and underwent countless x-rays and scans during a hospitalization and follow-up clinic visits.  He went on temporary disability and his small business was shut down.  Months later he had difficulty controlling high blood pressure and felt weak and dizzy.  After an exhaustive diagnostic evaluation there was no explanation for the seizure.

He reached out to ask, “could this have been caused by my COVID-19 vaccine?”  Fan and coworkers from Taiwan reported a 22-year-old man who had his first seizure six days after the second Moderna shot. 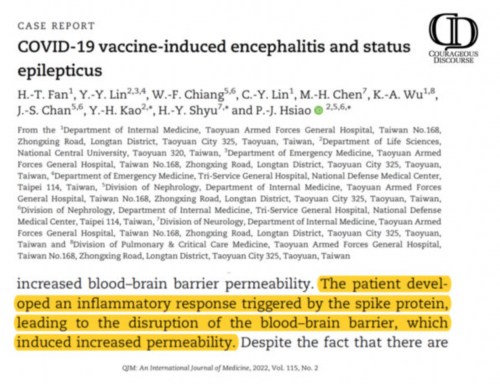 Read More: New Neurologic Side Effects From the COVID-19 Vaccinations