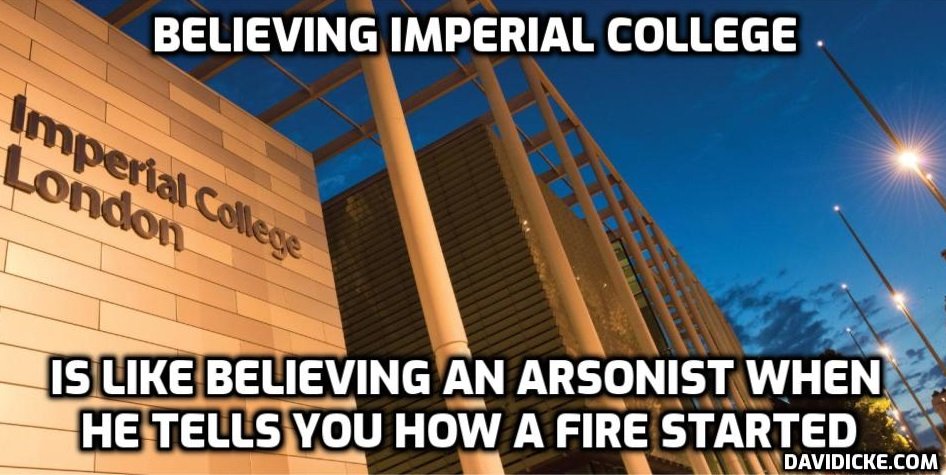 The Infection Fatality Ratio (IFR) estimates the percentage deaths in all those with an infection: the detected (cases) and those with undetected disease (asymptomatic and the not-tested group).

The IFR is used to model the estimated number of deaths in the population at large. If it’s a large number approaching 1%, then the modelled outputs can report an alarming number of fatalities – providing the impetus for lockdowns.

Early in the pandemic, Imperial College London’s Report 9 modelled the impact of Covid based on a publication by Verity et al. on March 13th 2020, which estimated the IFR as 0.9%.

This IFR gave rise to the modelled estimates that “in an unmitigated epidemic, we would predict approximately 510,000 deaths in Great Britain and 2.2 million in the U.S.”.

The authors wrote this: “However, the resulting mitigated epidemic would still likely result in hundreds of thousands of deaths and health systems (most notably intensive care units) being overwhelmed many times over. For countries able to achieve it, this leaves suppression as the preferred policy option.”

A recent publication by Stanford researchers based on seroprevalence studies in the Covid pre-vaccination era provides a more robust estimate of the IFR.

We compared the two IFR estimates, which shows the Imperial College estimates are much higher than Stanford’s across the age groups.

Read More: Imperial Scared the World into Lockdown With a Covid Fatality Rate Up to 20-Fold Higher Than the Latest Data Show