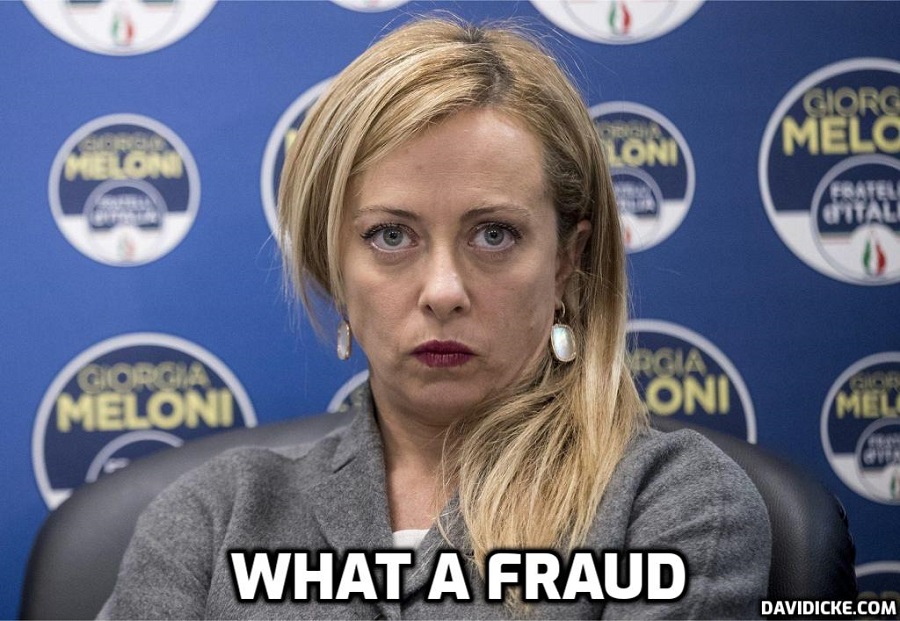 An audio leak of three-time former prime minister and leader of the Forza Italia party Silvio Berlusconi is driving scandal and fragmentation within the Italian Right just ahead of Giorgia Meloni’s being sworn in as Italy’s first female prime minister on Saturday.

The contents of the recording, which have driven Italian media headlines this week, were condemned by Meloni. She warned Berlusconi in Wednesday comments that his future position in any new government is in question if he toes a ‘pro-Putin line’ on the war in Ukraine.

“Italy will never be the weak link of the West with us in government,” Meloni vowed in a message seeking to reassure Western European allies after Berlusconi was heard saying it was Ukraine that “provoked” the Feb.24 invasion.

The audio clip was published by the La Presse agency and subsequently went viral over the past two days. In the audio, Berlusconi can be heard calling Russian President Putin an “old friend” while blaming Ukraine’s Zelensky for provoking the current conflict by “tripling the attacks” against pro-Russian separatists in Donbas, in reference to the conflict that raged there since 2014.

“The Republics of the Donbas eventually sent a delegation to Moscow and told Putin: ‘Please, defend us!’,” the ex-prime minister said. “Putin was against any initiative but he was under a big pressure from the Russian people and so he invented this special operation: The plan was that his troops had to enter Ukraine, overthrow Zelenskiy and replace him with a government formed by a Ukrainian minority, formed by honest, sensible people.’”

According to an English translation featured in The Guardian:

Berlusconi added that when the Russian military invaded Ukraine, they were “faced with a situation Putin could not have predicted, of resistance from the Ukrainians who started receiving money and weapons from the west. And the special operation became a 200-year war.”

The former PM, who was previously recorded as saying he was one of the Russian leader’s top five friends, said he can’t see how Putin and Zelenskiy can sit at a negotiating table.