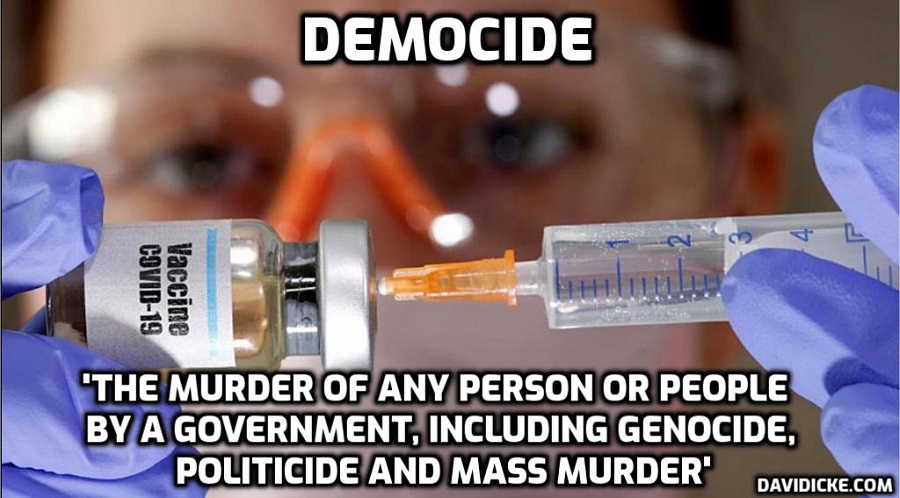 A funeral director from New Zealand says that 95 percent of the corpses he has been seeing had received a COVID-19 vaccine within two weeks of their passing away.

“Ninety-five percent of the people who have passed away through the work that I’ve done have been vaccinated within two weeks,” Brenton Faithfull said.

Faithfull has been working as a funeral director for the last 41 years and has been running his own mortuary business for the last 26 years. He recently spoke out about the apparent relationship between the COVID-19 vaccines and the deaths he has been observing.

“It’s very obvious, they die within two weeks of receiving the vaccination, a lot of them … almost appear to have died from anaphylaxis, almost a reaction straight away to the booster.”

Anaphylaxis is an acute reaction of the body to an antigen, such as that of a bee sting, or an injection.

“They die the same day, the following day after receiving the COVID-19 vaccination. This isn’t a one-off case, this is the majority of cases that have come through our facility,” Faithfull said in an interview.

UK Funeral Director
Similar data has been discussed by funeral director John O’Looney in the UK and Richard Hirschman from Alabama, previously reported by The Epoch Times.

“From the very moment these injections went into arms, the death rate soared beyond belief. They labeled them all as COVID deaths, but the reality is they were almost exclusively the people who were vaccinated,” O’Looney told The Epoch Times.

“We now see record numbers of deaths in the vaccinated and in record numbers of young people. They die from a mixture of sudden very aggressive cancers or blood clots, which cause heart attack and stroke,” he added.

Doctors Comment
Dr. Sherri Tenpenny, who has been informing the public on the dangers of vaccines for over two decades, weighed in on Faithfull’s testimony:

“On Dec. 2, 2020, UK regulators granted emergency-use authorization (EUA) to Pfizer’s COVID-19 shot. Within a week, MHRA [Medicines and Healthcare products Regulatory Agency] Chief Executive Officer June Raine said in a statement that ‘Any person with a history of anaphylaxis to a vaccine, medicine or food should not receive the Pfizer BioNTech vaccine.’ She went on to say that ‘allergic reactions had not been a feature of Pfizer’s clinical trials,’” Dr. Tenpenny told The Epoch Times.

However, Tenpenny further noted that anaphylaxis was the “first identified risk.”