Biden administration energy advisor Amos Hochstein admitted Wednesday that while the regime wants to increase oil production in the short term, its overall aim is to limit it in order to “accelerate the transition”.

Appearing on CNN, Hochstein proclaimed “I think we have been clear that we want to see the U.S. industry increase oil production.”

Then in the same breath, Hochstein stated that the main goal is to limit production of fossil fuel derived energy now in order to “make sure that we’re in a better footing to accelerate the transition.”

“So, we have to make that differentiation to make sure that the American consumer has what it needs… to grow our economy and the global economy, but not take steps and endanger the climate work that we’re trying to do,” Hochstein further declared.

He continued, “[I]t is about making a choice between what is the short-term and the medium-term so that we can make sure we have enough oil and gas to support us through the transition, and what are the kind of steps that we don’t want the oil and gas industry to take that would have long-term consequences when we don’t want new major projects that would take 20, 30 years to become profitable.” 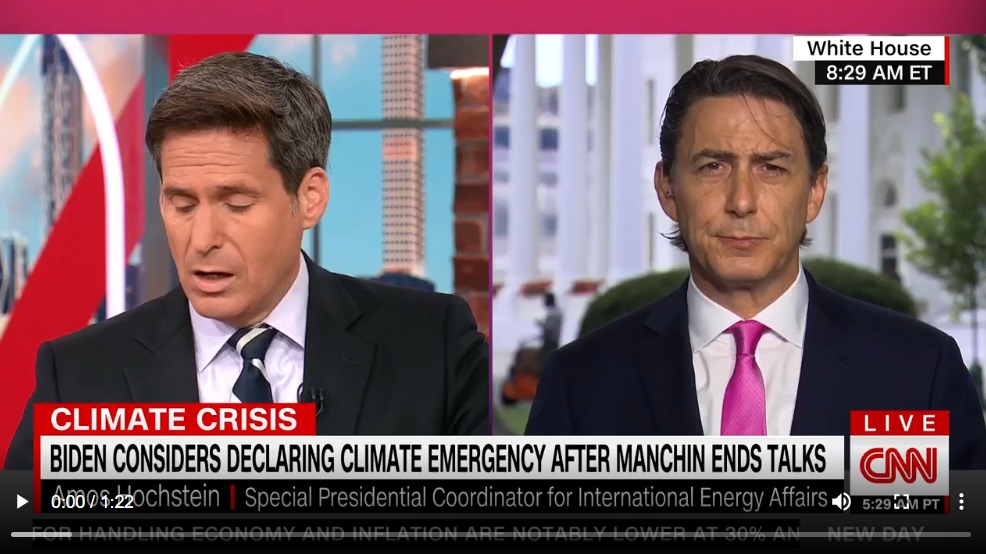