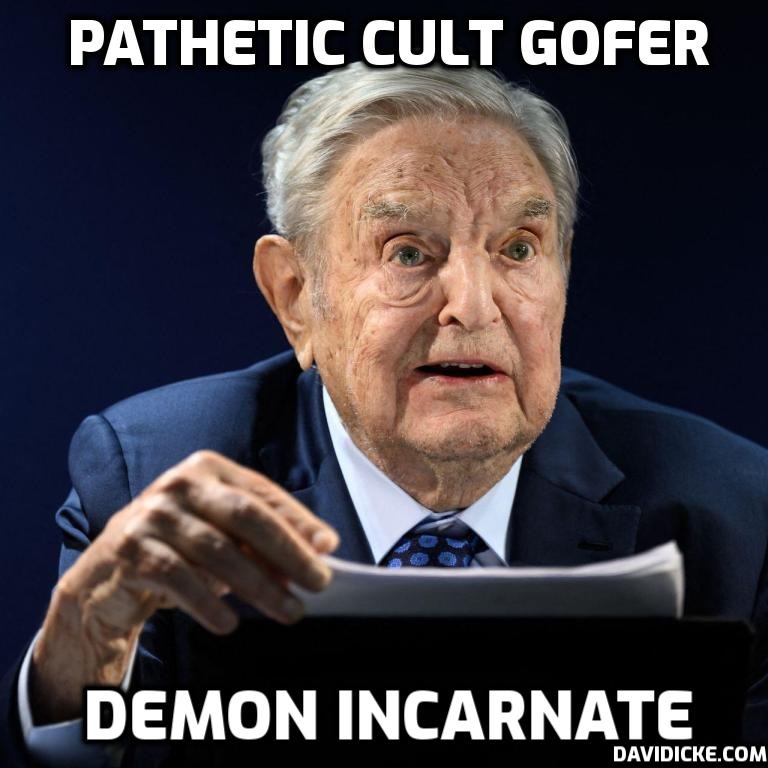 Ye, the artist formerly known as Kanye West, called out globalist billionaire George Soros by name on Tuesday and told him to “come and meet with me directly” instead of having his puppets in the “Jewish media” attack him.

“I got money, I got my songs, I could go off and just go to Hawaii and just live a nice life,” Ye told an interviewer outside a studio in New York. “That means that God has called me to sacrifice all of that in order to bring the truth.”

“That’s what I’m saying, they don’t cut my check. You listen to people that’s getting their check cut by Jewish media,” Ye said. “George Soros, come and meet with me directly, I told you, you ain’t gonna send these people that you done sent, Charlemagne– we know all these names.”

Ye said that N.O.R.E. going on Peter Rosenberg’s HOT 97 show to apologize for hosting his interview was proof he was right about Jewish media control.

“N.O.R.E. is under a lot of pressure, if you look at first thing it says — ‘N.O.R.E. does an interview with Rosenberg’ — well, that’s the exact thing I was saying,” Ye said. “I said that the Jewish media controls so many things. It’s not all the Jewish people but there’s specifically Jewish people in media that are in power that bought the black voice — but they haven’t been able to buy my voice, so instead they blackball me, they threaten people to not interview me, they threaten people to get away from me, they close down my stadiums … they’ve done all this stuff for years.”

Read More: Ye Calls Out George Soros: ‘Come And Meet With Me Directly’ Instead of Sending Your Puppets to Attack Me