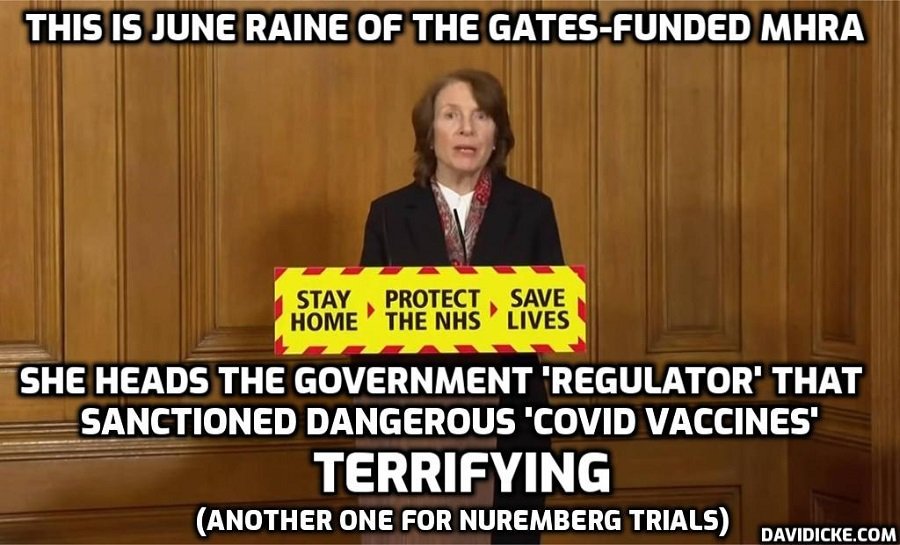 The Health Advisory and Recovery Team (HART), an expert group of medics, clinicians, scientists and academics, has published an article reminding the U.K. drug regulator, the MHRA, that it initially set out a solid plan of how it would monitor the safety of the Covid vaccines it had approved for emergency use. It asks what happened to that plan and all the vaccine safety reports promised under it.

The article starts by setting out the ways in which the MHRA has fallen short in its duty to regulate the vaccines.

The U.K. drug regulator, the MHRA, did not carry out the toxicity, biodistribution and pharmacokinetics studies that are required of new drugs because of the political pressure to approve. However, nearly two years have passed since then and the MHRA has not set a deadline for the pharmaceutical companies to provide these data. The MHRA allowed the treatments to be presented as vaccines like any other when they are a novel class of agents, never before approved for human use despite the technology being around for decades (mostly because they have been dangerous and ineffective in previous human trials).

The trials should have remained placebo controlled and ongoing for two to five years minimum in order to establish an understanding of their safety. Authorisations were based on two months of safety data in healthy people and the MHRA allowed the pharmaceutical companies to vaccinate the placebo control group such that further safety data could not be collected.

Approvals for children were unethical when the trial data did not show evidence of a benefit from the drug to the children themselves when there was already good evidence of short term safety issues and when long term safety data was inevitably unavailable. Approving for younger children after the arrival of Omicron was even less defensible.

The MHRA failed to notice that the total mortality in the trial was higher in the vaccination group than the placebo group, showing no evidence of an overall mortality benefit, and the serious adverse reactions were much higher in the vaccination group such that one in 800 participants were hospitalised for a non-Covid condition, which far outweighed the small reduction in Covid hospitalisations.

Dame June Raine, the head of the U.K. drug regulator the MHRA, appeared to take a unilateral decision to change its role. She said “the Covid pandemic has catalysed the transformation of the regulator from a watchdog to an enabler.”

The regulator receives 86% of its funding from industry fees. In 2005, the House of Commons’ health committee expressed concerns regarding the U.K. drug regulator that pharmaceutical funding could lead the agency to “lose sight of the need to protect and promote public health above all else as it seeks to win fee income from the companies”. Do we want a regulator which sees itself as an enabler of pharmaceutical companies?

At the outset, the MHRA set out an excellent plan for safety monitoring of the Covid vaccines which was required because of the minimal safety data from trials and the planned extensive rollout. It described this as a four part system of “proactive vigilance… to rapidly detect, confirm, characterise and quantify any new risks that were not detected in clinical trials”.

Read More: Where Are All the Vaccine Safety Reports