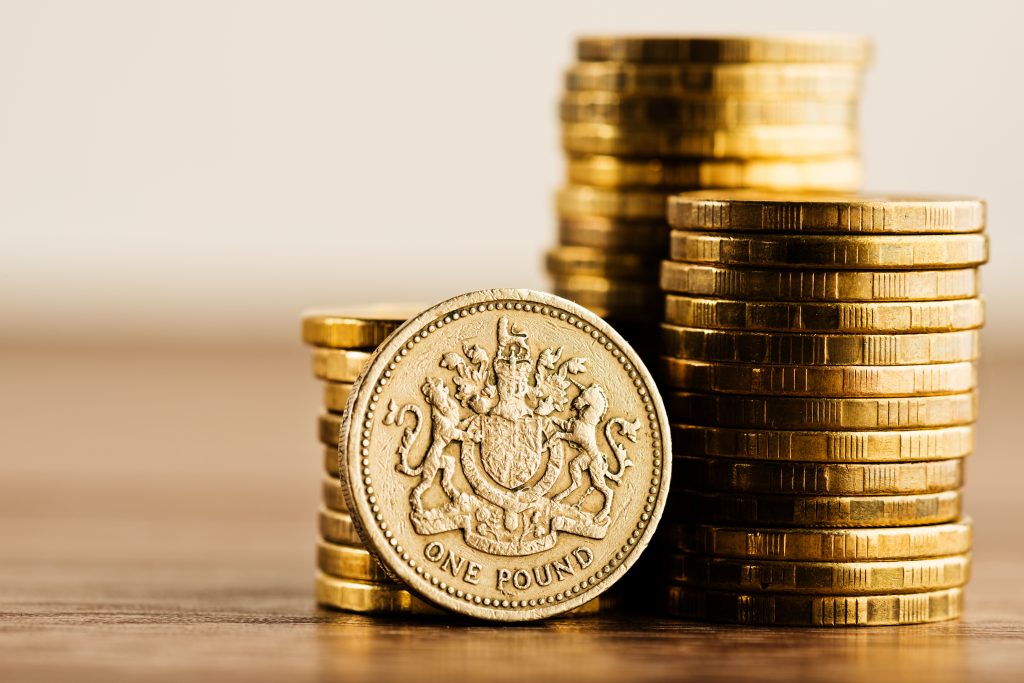 NatWest confirmed today that it is closing 43 branches across Britain in the latest move to transition its banking services online.

Several banks in Scotland, including in Edinburgh, Glasgow and Aberdeen, are among the fresh wave of closures.

Branches in Coventry, Cheltenham, Tonbridge in Kent, Balham in south London and Thame in Oxfordshire will also shut next year.

The UK’s second biggest lender said the vast majority of its retail banking services can be done digitally and it is the quicker and easier way to bank.

Just six jobs are expected to be put at risk as part of the closures – indicating most staff will be offered the opportunity to take up a role in a different branch or another part of the business.

The branches will close between January and March next year. NatWest said it will contact its vulnerable customers to provide support following the announcement. 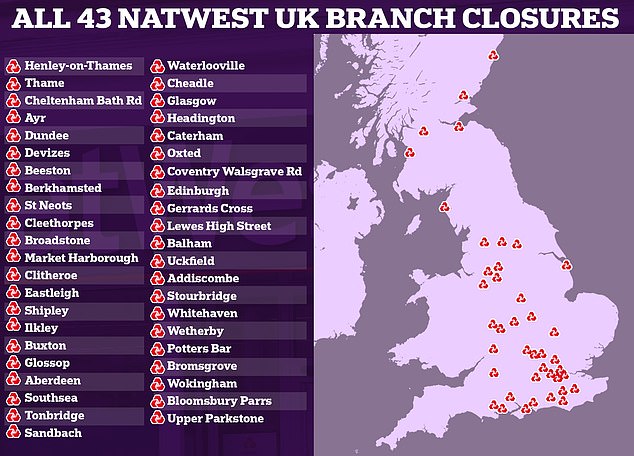 For example, reducing opening hours on a busy morning might result in a relatively small change in hours, but could have a significant impact on customers’ ability to access branch services.

The conversion of free-to-use ATMs to pay-to-use ones is also included in the guidance.

The FCA’s 2022 Financial Lives Survey found around a fifth (21 per cent) of adults with a day-to-day account had regularly used a particular branch over the previous 12 months.

People who were most likely to regularly use a branch included those with characteristics of vulnerability, such as those in poor health (27 per cent) and those in financial difficulty (27 per cent).

In March, a study by Which? found Britain had lost nearly 5,000 High Street banks in a decade, sparking fears that the elderly, vulnerable and those living in rural areas are effectively being ‘cut adrift’ from face-to-face banking.

Read More: Another blow to the high street: NatWest closes