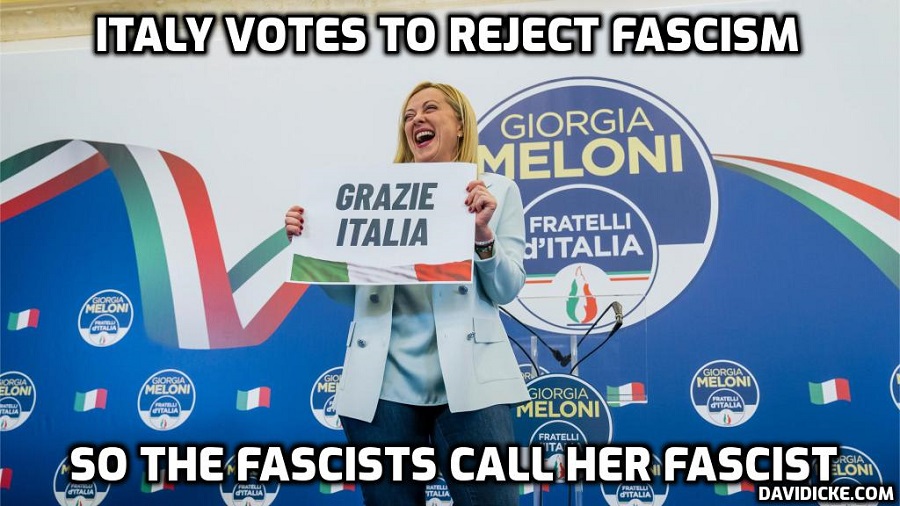 This prompted a wave of hysterical media coverage, with numerous publications warning of the “return of fascism in Italy,” due to the far-right origins of Meloni’s Brothers of Italy party.

However, such concerns were dismissed by an unexpected figure, former leftist Prime Minister Matteo Renzi.

Matteo Renzi was the Italian prime minister from 2014-2016. He’s a lefty but tells CNN:

‘Personally I was against Georgia Meloni. I’m not her best friend. We are rivals but she is not a danger to democracy. The idea there is a risk of fascism in Italy is absolutely fake news.’ pic.twitter.com/F1QXqcLDMo

“Personally frankly speaking, I was against Georgia Meloni, so I’m not her best friend…we were and will be rivals always,” Renzi told CNN.

“At the same time, I think that is not a danger to Italian democracy, he added.

“The idea there is a risk of fascism in Italy is absolutely fake news, she won because of populism,” the former Prime Minister asserted.

Renzi was the Prime Minister of Italy from 2014-2016 after serving as the Mayor of Florence, a traditionally left wing city, before that.

Meloni herself has repeatedly asserted that she is not a fascist and merely wants to represent the interests of Italians and not those of “nihilistic globalist elites, driven by international finance.”

Of course, merely to take that position guarantees vilification by an establishment which has repeatedly tried to create a moral panic around populism by asserting it represents a return to the 1930’s.