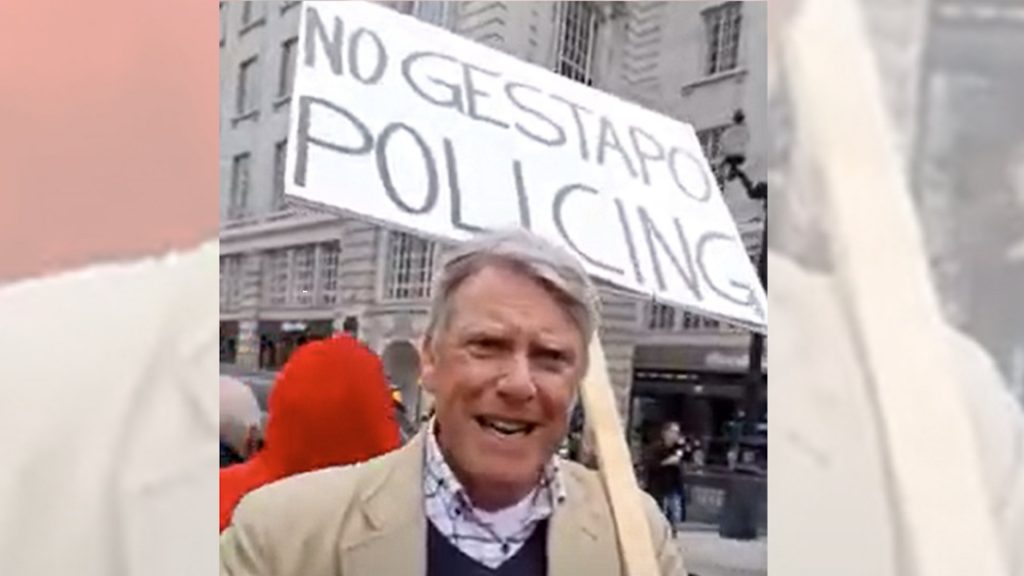 We lament the untimely death of Jeff Wyatt, on 16th September 2022. Jeff was known to everyone in the freedom movement as a relentless and rumbustious voice against the covid tyranny and the corrupt politicians and institutions who imposed it.

I first met Jeff as a fellow Brexit activist. He was a constant presence at Westminster in the tumultuous years after the EU referendum, when the political establishment did everything it could to overturn the democratic mandate. Unlike rival Remain protestors outside parliament such as Steve Bray, Jeff was not paid for his services. He travelled daily from Milton Keynes, usually with a home-made placard, and occasionally dressed as St George.

After representing UKIP, Jeff became deputy leader of Anne-Marie Waters’ party For Britain. He returned to UKIP under the leadership of Gerard Batten, but the party imploded as Nigel Farage’s Brexit Party swept in to top the last EU parliament election involving the British people, in 2019.

Jeff found a new calling during the Covid-19 lockdown. He felt at home with ordinary people of all backgrounds, who had been ignored in the years leading to Brexit and beyond. Relieved of party politics and what he saw as the ‘divide and rule’ of Left and Right, Jeff formed close relationships with the likes of Piers Corbyn, brother of the former Labour leader.

Opposing the Covid-19 regime was risky, as Jeff found at the first protest in London against lockdown. In a small gathering of brave dissidents at Speakers Corner, he bore a placard pronouncing his civil liberty. Watching a livestream from the comfort of my living room, I watched in horror as Jeff was arrested for this peaceful act of resistance. His eight hours in a cell at Charing Cross police station would only have strengthened his commitment to the fight for freedom.

Read more: Jeff Wyatt: A true man of the people!