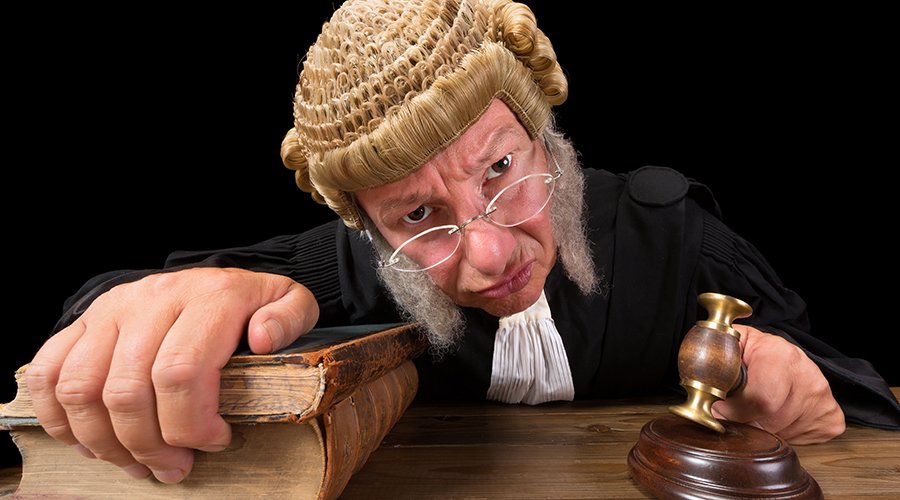 In what appears to be an effort to reduce the 85-year-old former real estate wheeler and dealer to utter pennilessness, Cook County judges are ignoring the law, ignoring his property rights and obliterating his marital union with his guardianized wife, Amy Sallas.

Dean Sallas is a veteran. He served from 1960-66 in the US Army, with the Combat Engineers and also with the Army Post office. He had a security clearance and was honorably discharged in 1966. Without any verified allegations of abuse, he has been denied any access to his wife of over fifty years (Amy Sallas is under a guardianship) and is facing eviction from his Skokie home of 47 years, due to the actions of the Cook County Public Guardian Charles Golbert.

On Monday, in Cook County court room 1409, Judge Regina Mescall launched an amazing verbal assault on this reporter for the questions tendered, specifically, surrounding her conduct in the Sallas matter. Judge Mescall is presiding over what has been known as “the condo case,” as efforts have been launched to remove ownership of the condo owned by Dean Sallas on Dearborn Parkway in Chicago’s “Gold Coast” and rented out by him to the same tenant for over 40 years.

Per review of the records, Sallas is current on all association and related fees, though this is under dispute in the court. In addition, Sallas is no longer receiving the rent from the condo, which is, by court order, now going to the condo association. Neither Sallas nor his attorney attended the hearing depriving him of the rental income because Judge Mescall sealed the case and notice of hearing was apparently not given to him.

In fact, it appears that Judge Mescall also ignored the Sallas jury demand and was holding “secret” hearings without so informing the defendant, Dean Sallas or his attorney. The case was ordered unsealed this past July but as of 9/14/2022 is still not found on the court website.

You’re welcome, the case is a sealed civil that is why you are having trouble finding it,” she said.

On Monday during court, Judge Mescall blasted this reporter, stating that “(Janet’s) behavior teeters on the illegal” and that “she is trying to intimidate the court.”

Her accusations of “illegal” misconduct apparently relate to a correspondence in which this reporter attempted to determine if Regina Mescall was married, and also questioned some details as to her mortgage history. Indeed, this reporter contacted Regina Mescall’s husband, who is an attorney with Cook County, with these questions.

Apparently, this is criminal conduct in Cook County, Illinois.

Here is the email, sent to Mescall’s husband, Peter Kramer, which apparently initiated this attack by Mescall: The first email was sent to Kramer’s work place, which is the Cook County Sheriff, where he is legal counsel:

“I am a reporter with Activist Post and am working on a story about Judge Regina Mescall. I see from her bio that she is married to an attorney named Peter Kramer. I just wanted to reach out and confirm that her husband would be the same Peter Kramer who is listed as working for the Sheriff.