Oberlin College has finally agreed to pay out over $36 million in damages to Gibson’s Bakery for defaming the small family business as racist because they dared to stop an underage black student from stealing bottles of wine.

Oberlin administrators suggested the student, Jonathan Elijah Aladin, was an innocent victim who was racially profiled and accused of stealing just because he was black.

In fact, Aladin not only tried to steal two bottles of wine but also assaulted the storeowner’s son after he and his two other accomplices caught.

All three were convicted at trial but got off easy thanks to their privileged status. 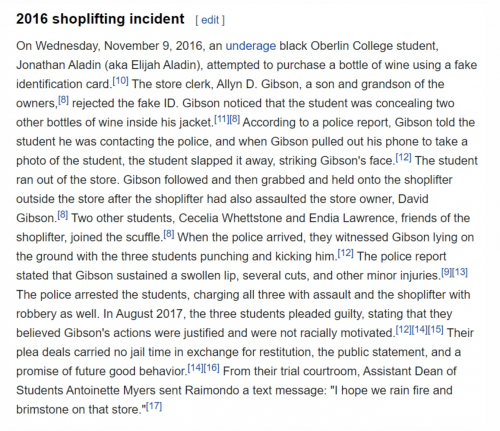 Read More: Oberlin College Agrees to Pay $36M in Damages to Bakery They Smeared as ‘Racist’ Over Hate Hoax