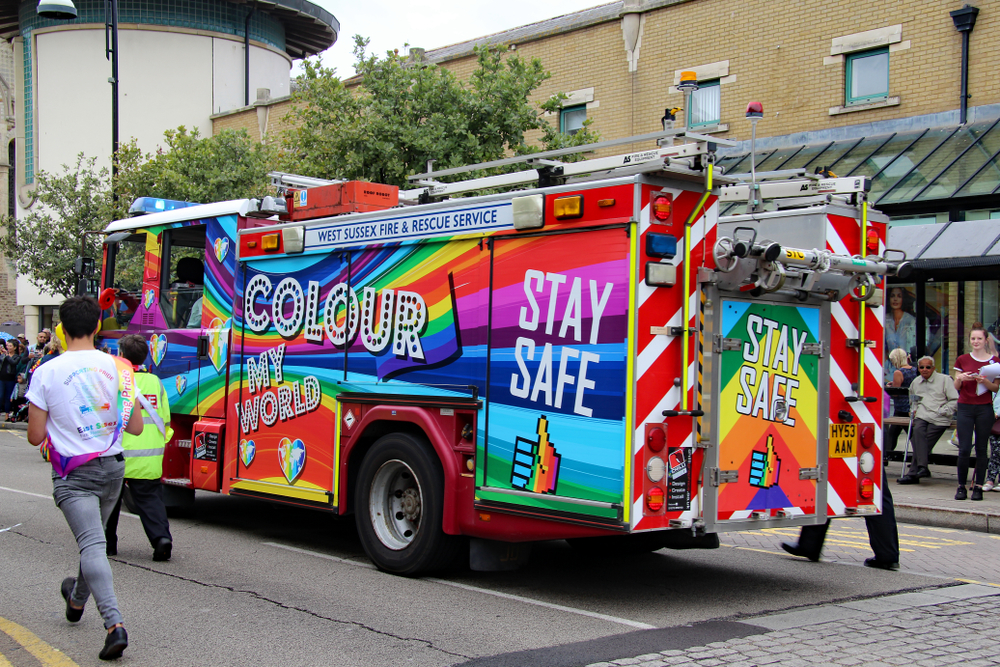 Fire brigades have been told to “fight fires not culture wars” after it was revealed they spent over £17,000 painting fire engines in rainbow colours. MailOnline has more.

The colourful paint jobs were approved by several fire and rescue service chiefs across England since 2017 in inclusivity and recruitment drives.

The rainbow flag has been used a symbol of LGBT pride since the late 1970s.

The highest spending fire brigade on rainbow painted fire engines was by Oxfordshire Fire and Rescue Service, who spent £4,320.

This expensive paint job came from the service’s annual budget which was £23.2 million in 2020/21.

Spending on rainbow-themed designs on fire engines was £2,284 at Suffolk Fire and Rescue, according to a Freedom of Information request by the Sun.

Across the country, around £35,000 more has been spent on rainbow items including flags.

Tom Ryan, from thinktank the TaxPayers’ Alliance slammed the spending saying that taxpayers “are being ripped off in the rush to be right on”.

He said that fire chiefs need to recognise that “expensive rainbow wrappings” do not help deliver “heroic life-saving” fire fighting services we all need to save us in crisis.