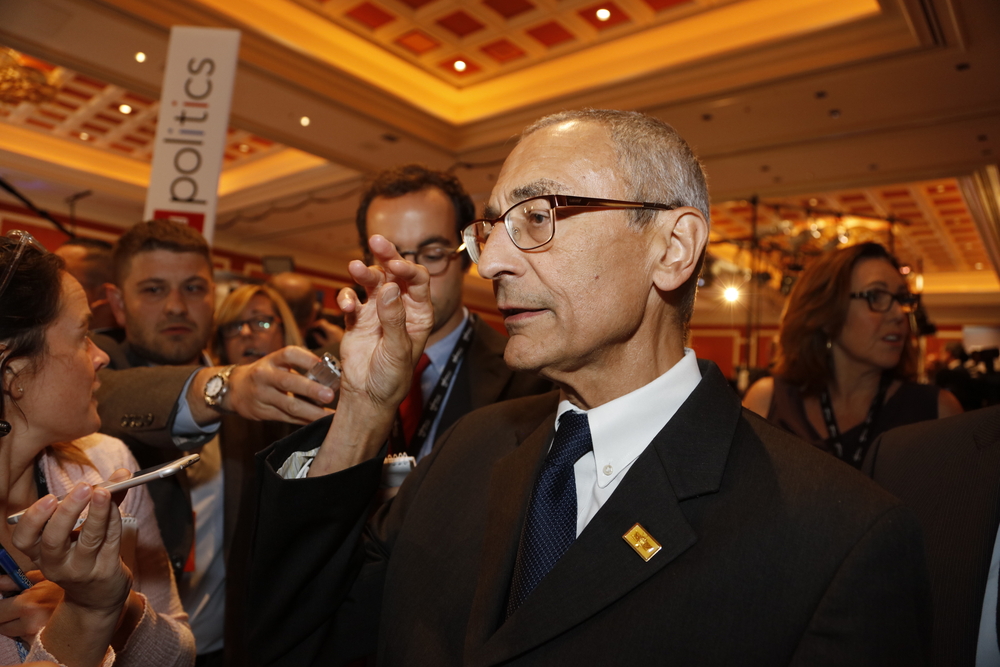 The announcement came on the same day the Biden administration confirmed its top climate advisor Gina McCarthy is leaving in two weeks. Her deputy Ali Zaidi, who worked on climate initiatives in the Obama White House, will take over the job.

Podesta, who led former President Barack Obama’s climate strategy, will be tasked with doling out tax credits for clean energy products like solar panels and electric vehicles, and toward research and development in renewable energy production.

“We are fortunate that John Podesta will lead our continued innovation and implementation,” the White House said in a statement. “His deep roots in climate and clean energy policy and his experience at senior levels of government mean we can truly hit the ground running to take advantage of the massive clean energy opportunity in front of us.”

“Gina is indeed leaving us,” Jean-Pierre said. “She, as you know, has been a leader in what we have seen as one of the largest investment in dealing with climate change.”