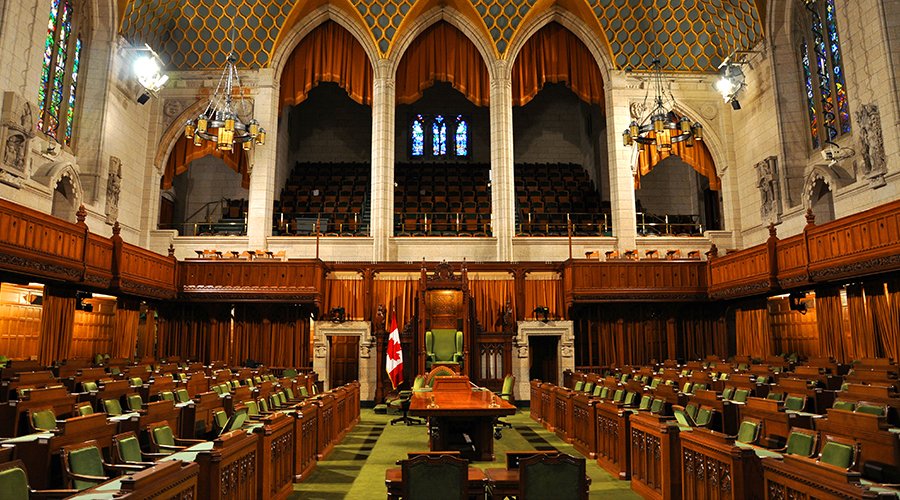 Eight people have been arrested after climate protesters glued themselves in a chain around the Speaker’s chair in the chamber of the House of Commons.

Extinction Rebellion said its supporters launched the protest in parliament in support of a “citizens’ assembly” to help deliver action on the climate crisis.

The campaign group tweeted a photo showing three women standing hand-in-hand in front of the green leather chair where the Speaker sits when parliament is in session. Two men stood either side holding banners.

The group wrote: “Extinction Rebellion supporters have superglued around the Speaker’s chair inside the Commons chamber. Right now inside parliament a speech is being read out demanding a citizens’ assembly now.”

The text of the speech read: “We are in crisis. We cannot afford to carry on like this. It is possible to act on climate and costs in a way that is fair and supports everyone. But our political system is too out of date and out of touch to see beyond the next election cycle and do what needs to be done.

“We need a new way of making decisions, where more voices are heard, not just those at the top. We need the true diversity of the country to be represented. We need a citizens’ assembly, now. Citizens’ assemblies empower ordinary people to make decisions that benefit everyone. Decisions that can get us out of this mess and make life better, safer, fairer for all of us.”

BREAKING NEWS: Extinction Rebellion supporters have superglued around the Speakers Chair inside the commons chamber.

Right now inside Parliament a speech is being read out demanding a Citizens’ Assembly Now: “We are in crisis. We can not afford to carry on like this…” pic.twitter.com/JqKBasRaCH