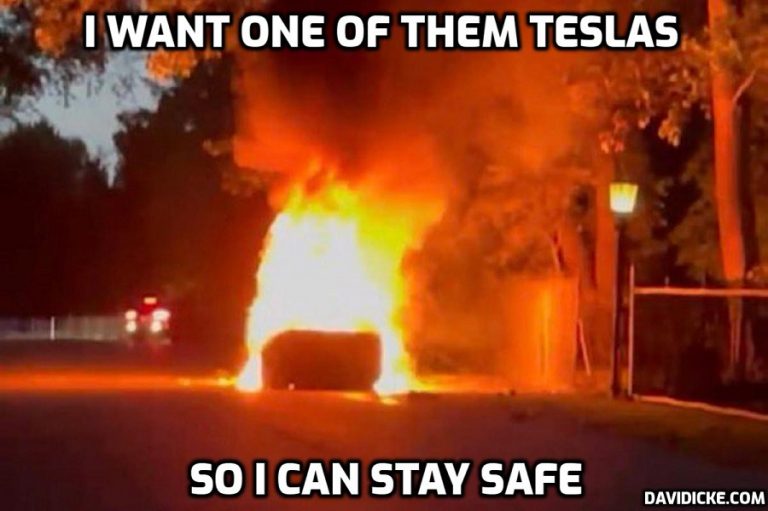 California recently made headlines after regulators announced a ban on all gas cars by 2035. Joe Biden’s administration will end all gas vehicle purchases in the coming years. Representatives from the US Department of Transportation declare fuel-powered engines are a threat to public health. As such, American-based automotive manufacturers that do not comply with strict emissions guidelines will receive hefty fines and federally-imposed penalties. While everyday citizens struggle to make ends meet due to rampant inflation, billions of tax dollars are being spent on Tesla charging stations. Authorities claim these measures combat ‘climate change’. However, electric vehicles are not beneficial for the planet and cause far more harm than good.

Batteries used in electric vehicles require rare minerals such as lithium. Countless acres of pristine land are destroyed by mining operations each year. Trees, nature’s ultimate carbon dioxide filters, get chopped down at excavation sites. Mass deforestation displaces and kills off resident animals and insects. Unfortunately, the damage doesn’t end there. Once the batteries are disposed of, approximately 2% are recycled. Most wind up in landfills where their toxic contents leak into the surrounding environment. Graphite, one of the materials harvested for EV production, is a known pollutant that causes damage to surrounding ecosystems. Other chemicals dispersed during the boring process contaminate the waterways, soil, and air.

Many regions have implemented strict water regulations and countries around the globe are experiencing severe droughts. Lithium mining requires astronomical quantities of H2O. To extract the coveted metal, miners must dig a deep hole and pump it full of water. After months of evaporation, lithium and other minerals come to the surface. Over 500,000 gallons of water are needed per ton of extracted lithium— totaling 33 billion gallons annually. Due to the extremely high demand, some communities no longer have enough water for farming. Additional issues arise when an EV’s battery ignites. These fires require up to 3,000 gallons of water to extinguish and can burn for 24 hours.