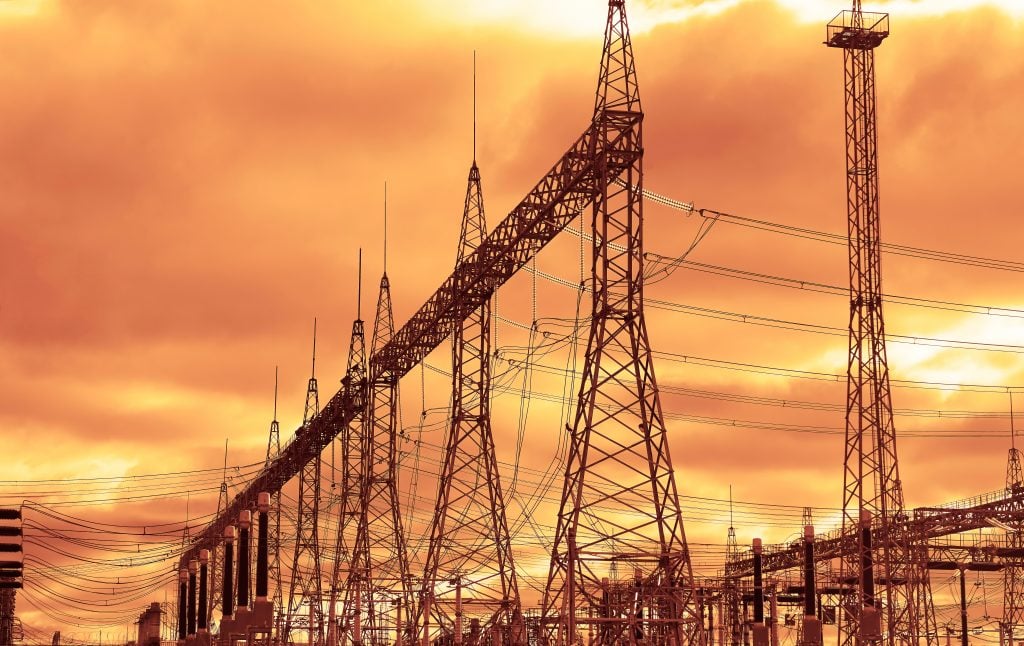 At least 20 million households — or about 1 in 6 American homes — are behind on their power bills as soaring electricity prices spark what is said to be the worst-ever crisis in late utility payments, according to Bloomberg, citing data from the National Energy Assistance Directors Association (Neada).

Neada said electricity prices had increased significantly since 2020 after a decade of stagnation. The steep rise has resulted in billions of dollars in overdue power bills. 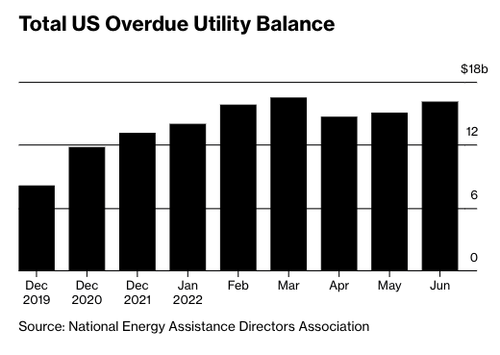 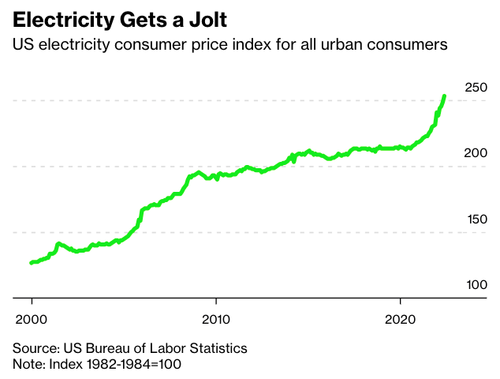 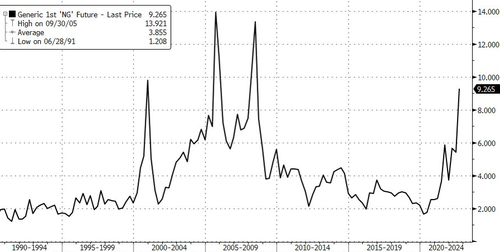 The chart below shows for the two decades, real electricity prices were relatively flat, except for the commodity boom times around the 2008 GFC. Now CPI less energy has peaked, though electricity continues to rise to a blistering 30% year on year. 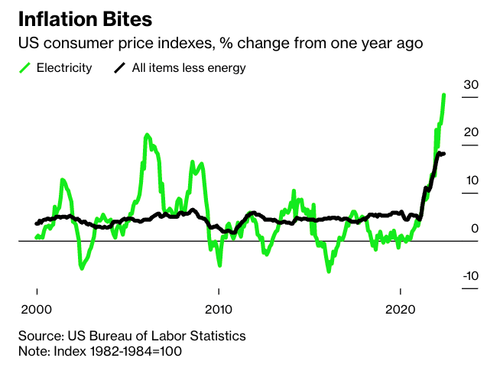 Utility shutoffs have become more common across the US as some lower-tier households are thousands of dollars behind on their power bills.

Jean Su, a senior attorney at the Center for Biological Diversity, which tracks utility disconnections across the US, warned of a “tsunami of shutoff” as the highest inflation in forty years eats away wages and has financially devastated the working poor.

Adrienne Nice is one of those struggling Americans who is more than $3,000 behind on utility bills. Last month, she received a “final notice” from power company Xcel Energy Inc., who turned off the electricity to her studio apartment in Minneapolis as temperatures approached near triple digits.

Nice found it near impossible to save money for utility expenses that have doubled over the past year as food, shelter, and gas prices have also skyrocketed. Her low-paying job as a housecleaner has left her in energy poverty.

Read More: Energy Crisis: 20 Million US Homes Are Behind On Power Bills