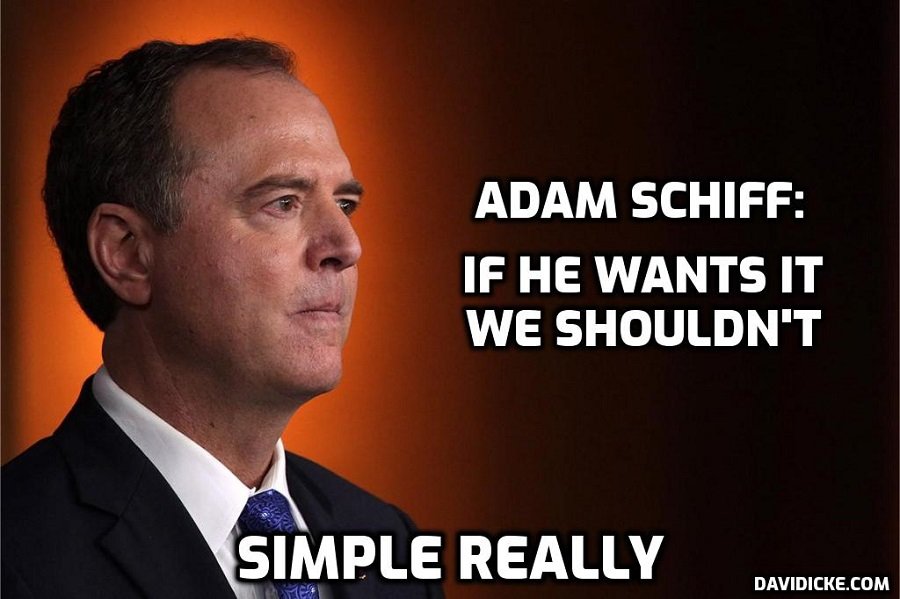 The rabid anti-Trump and Russia collusion hoaxer joined CNN’s “State of the Union” to praise Garland for setting a “powerful precedent” in raiding the home of former President Donald Trump.

“You asked for a damage assessment and a classified briefing from the intelligence community last week regarding the raid on Mar-a-Lago, the search warrant on Mar-a-Lago,” host Jake Tapper asked Schiff. “Have you heard back from the intelligence community? And do you have any concerns about the potential for this precedent, a search of a president’s house, to be abused?”

Read more: Cult-Owned Schiff: ‘Confident’ Merrick Garland Acted ‘Appropriately’ on Mar-a-Lago Raid (Appropriately = he did what he was told)