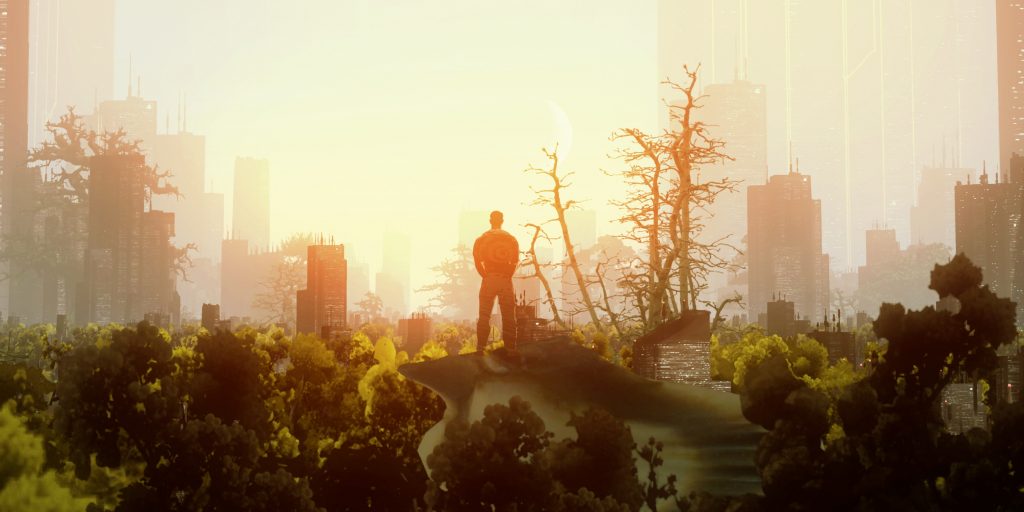 Those who are never lost are forever lost. Only those who know they are lost and that life is a shipwreck have a chance to find their way to shore.

The world’s great religions, including Taoism and Existential philosophy, understand that at the heart of human existence is the presence of the not (death, emptiness, void), but this negative reality, this “nothingness” interpenetrates with the positive of being alive so that our knowledge coincides with our ignorance, our lives with our death, and our truth with untruth.

This is also common sense.

Everyone is a pilgrim on the way, and because there are no maps, we all get lost. And it is only by getting lost in a deep sense that we can find ourselves and discover the truth about the world.

It is well known that Ernest Hemingway made famous the phrase “the lost generation” when he opened his novel The Sun Also Rises with the epigram “You are all a lost generation,” attributed to Gertrude Stein, who said she heard it from a garage owner who said it about a young auto mechanic in his employ.

It is less well known that Hemingway later wrote “that all generations were lost by something and always had been and always would be …But to hell with her lost-generation talk and all the dirty easy labels.”

He was thinking of how the madness of war with the calls to patriotism and God and country and the never-ending official lies about everything maimed people at very deep levels. His words in A Farewell to Arms have lasted because they are so true in their dismissal of abstract obscenities and their embrace of the concrete:

I was always embarrassed by the words sacred, glorious, and sacrifice and the expression in vain …. And I had seen nothing sacred, and the things that were glorious had no glory and the sacrifices were like the stockyards of Chicago if nothing were done with the meat except to bury it …. Abstract words such as glory, honor, courage, or hallow were obscene beside the concrete names of villages, the numbers of roads, the names of rivers, the numbers of regiments and the dates.

No doubt he was also thinking of the existential anxiety of being alive and the fear of death and nothingness that is conveyed in his powerful short story, “A Clean Well-Lighted Place” that appeared in the 1930 volume Winner Take Nothing. He was well acquainted with nothing (the not, nada) and knew that social circumstances only add to it, particularly wars and the nihilistic death wishes of lying political leaders.

Some say nothing has changed for millennia and that every age is similar and people are the same, always complaining about the present and recalling the good old days. There is some truth in this, but the issue of assessing today in all its uniqueness remains paramount. For every age and every generation is different; therein lies its potential and dangers.

Each can only be understood within its place and time. We live in the era of high technology that has never before existed. It is unique. And it is uniquely dangerous.

Today is a time of unprecedented official lies about everything, endless wars hot and cold, class wars of the rich against the poor, medical wars of international elites against everyone, etc. – it is a daily electronic digital barrage meant to pound people into the deepest despair.

Call it “The Lost World of the Information Superhighway.” These lies have sown a vast sense of bewilderment, as intended.

Lostness for so many, including those who don’t know it and take those lies for truth. People who don’t know that there are still places, although they are shrinking, where truth can be found. The problem is, of course, that even when they are told about media sites and writers that operate honestly and outside the propaganda mill, they usually refuse to go there.

They prefer to live inside what Jim Garrison, the former New Orleans District Attorney who brought the only trial in the assassination of President Kennedy, correctly termed “the Doll’s House.”

Picking through the bins at the lost and found on the Internet, which is dominated by intelligence services and their Silicon Valley big tech partners, many who feel lost find “things” they think they have lost but which are counterfeit. They cling to them as to false gods, not realizing that they have been placed there by the elite mountebanks and their accomplices, a process similar to a document dump that contains fabricated records.

It is an old trick.

Often what is really lost is the sense that life makes sense and is meaningful, but this awareness is often replaced with shards of false reassurance meant to distract and far too much information for anyone to comprehend.

What’s up? Check your cell phone and head down the primrose path to unreality.

Read More: At the Lost and Found