The mainstream media are currently constantly reminding you of the spiralling cost of fuel to get you from A to B, the hideous cost of gas and electricity to heat and light your home, and the chaotic experience involved with travelling abroad. Alongside doomsday weather reports every 30 minutes because the sun is shining in the middle of Summer.

Whilst on the face of it, some of these things may seem like unfortunate events occurring at random, the truth is they are actually all occurring by design, and official government reports alongside historical data prove it.

Reports suggest it’s all to do with meeting ‘zero carbon targets’. But that is another charade in itself, so the real reason has something to do with advancing the fourth industrial revolution, where you will own nothing and apparently be happy about it. An agenda that Klaus Schwab, the founder of the World Economic Forum likes to call ‘The Great Reset’.

In the UK, the cost to fill up an average family car with petrol has now surpassed £100. The public is being told this is being driven by war in Ukraine and moves to reduce Europe’s dependence on Russian oil. But if this were true, how do you explain this? – 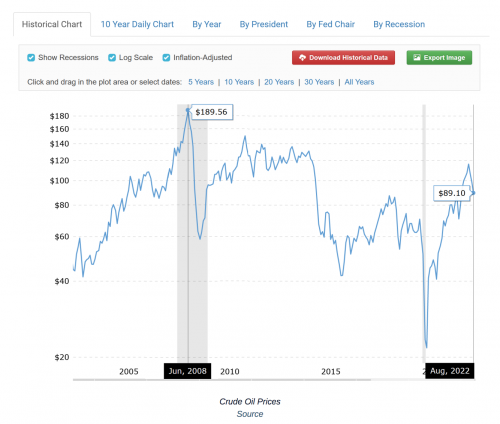 Can you see now how you are being lied to when the Government and mainstream media tell you that these rising costs are due to the war in Ukraine?

The truth of the matter is that the spiralling cost of fuel to get you from A to B, the hideous cost of gas and electricity to heat and light your home, and the mainstream media hype around the chaotic experience involved with travelling abroad aren’t all some unfortunate coincidence, they are all being done by design.

Read More: Government Documents prove the ‘Cost of Living Crisis’ is being implemented by design to advance the WEF’s Great Reset