This means it can no longer be denied that the Covid-19 vaccines are deadly because even the official Government published figures now prove it. 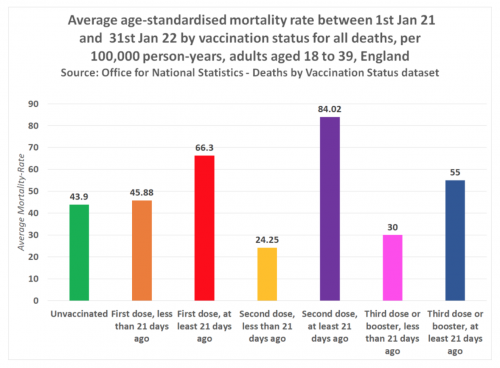 The Office for National Statistics is the UK’s largest independent producer of official statistics and the recognised national statistical institute of the UK. It is responsible for collecting and publishing statistics related to the economy, population and society at national, regional and local levels.