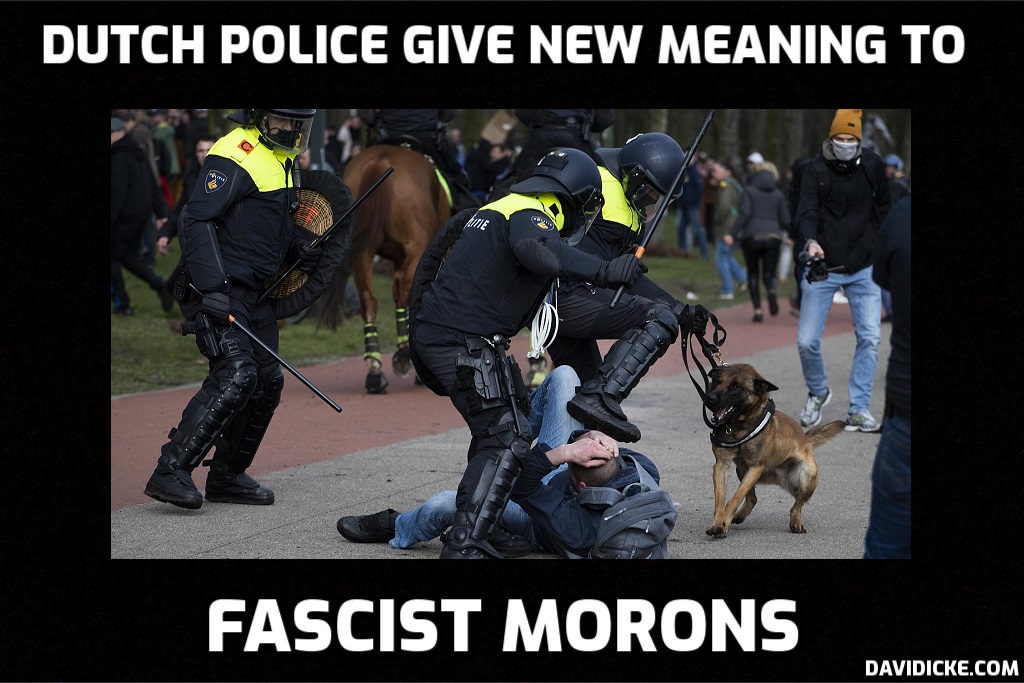 Video has emerged of Dutch police viciously beating a group of protesters defending a farmer mural in Almelo.

The incident began earlier today when police approached a group gathered in front of a Dutch farmer’s mural to make their voices heard and defend the mural after the mayor called for its erasure.

The protesters saw police coming and cheered in solidarity with the brave farmers currently fighting for their livelihoods.

Mayor of Almelo wants to cancel the mural “no farmers, no food”, but the citizens are opposed en masse and shield with their bodies. The majority of the Dutch support the farmers’ protest. pic.twitter.com/umyTtpXqp7

Things quickly got out of hand, with one officer pushing a protester before swinging his baton, enraging the unarmed protesters who pushed forward. The police response was immediate, and the entire group of officers began beating a number of the protesters.

The protesters didn’t submit, though, and they began brawling with police. The video then shows officers clustering together and slowly backing away, apparently in retreat.

A man who was beaten briefly talks to the camera, smiling despite obviously having sustained a head injury.