The WEF is an international non-governmental and lobbying organisation[1] based in Cologny, canton of Geneva, Switzerland. It was founded on 24 January 1971 by German engineer and economist Klaus Schwab. The foundation, which is mostly funded by its 1,000 member companies – typically global enterprises with more than five billion US dollars in turnover – as well as public subsidies, views its own mission as “improving the state of the world by engaging business, political, academic, and other leaders of society to shape global, regional, and industry agendas”.[2] The WEF is mostly known for its annual meeting at the end of January in Davos, a mountain resort in the eastern Alps region of Switzerland. The meeting brings together some 3,000 paying members and selected participants – among which are investors, business leaders, political leaders, economists, celebrities and journalists – for up to five days to discuss global issues across 500 sessions. 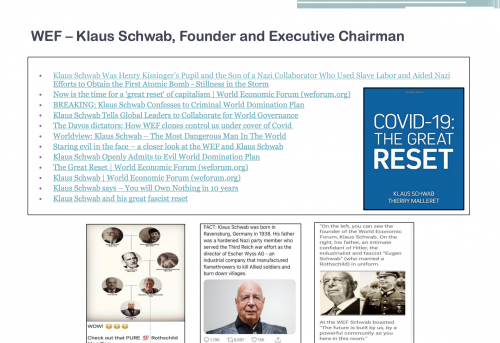