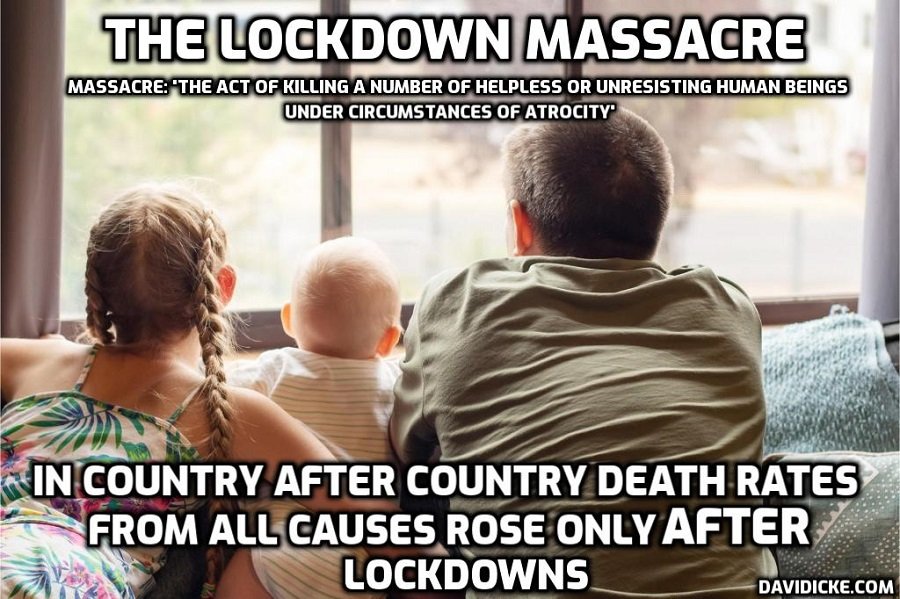 The Sunday Times, which has been one of the most zealous cheerleaders for both the lockdown policy and has often argued we should have locked down sooner and harder in 2020, has discovered – rather belatedly – that the lockdowns may have caused a teensy weensy bit of harm! Who would have thunk it!?!Tom Calver, the Data Projects Editor, has documented some of the damage.

Back in 2020, before the remarkable vaccine race was won, the only defence we knew would work against a terrifying new virus was a blunt tool straight out of the 17th century. We threw out the economic rulebook and locked down. Public health became about stopping Covid-19 at all costs. “One death is too many,” said Nicola Sturgeon, Scotland’s first minister. Even now, few would question the need for restrictions.

Yet more than two years on, we have time to reflect on the results of a once-in-a-lifetime social experiment — and the worrying side-effects, some predicted, some unforeseen, for Britons’ health, that are only just coming home to roost.

Habits of a lifetime changed during lockdown. In February 2020, the prevalence of “increasing or higher-risk drinkers”, as defined by an NHS survey, was 12.4 per cent. By June 2020, it had jumped to 18.7 per cent. Those numbers have not returned to normal: the latest survey from March 2022 showed that risky drinking levels were still at 17.7 per cent.

“The nature of everyone’s drinking changed. Instead of going to the pub, you could only drink at home with your housemates,” says Colin Angus, senior research fellow at Sheffield University. This switch made it harder for people to regulate their consumption. “When the pubs reopened, some people added back in the drinking they had been doing at pubs to their home drinking.”

The volume of alcohol sold has not shifted drastically, suggesting many other people have cut back or quit during lockdown. Nevertheless, modelling by Angus’s team suggests the lockdowns may eventually lead to an extra 7,000 alcohol-attributable deaths: some immediately through poisoning or alcohol- related injuries, and others longer-term, through liver conditions and cancers.

Their worst-case scenario, in which post-lockdown habits remain ingrained for years to come, suggests the lockdown booze burden could be as high as 25,000 deaths over the next 20 years — at a cost of £5.2 billion to the NHS.

Read more: How the Lockdowns Made Britain Sicker