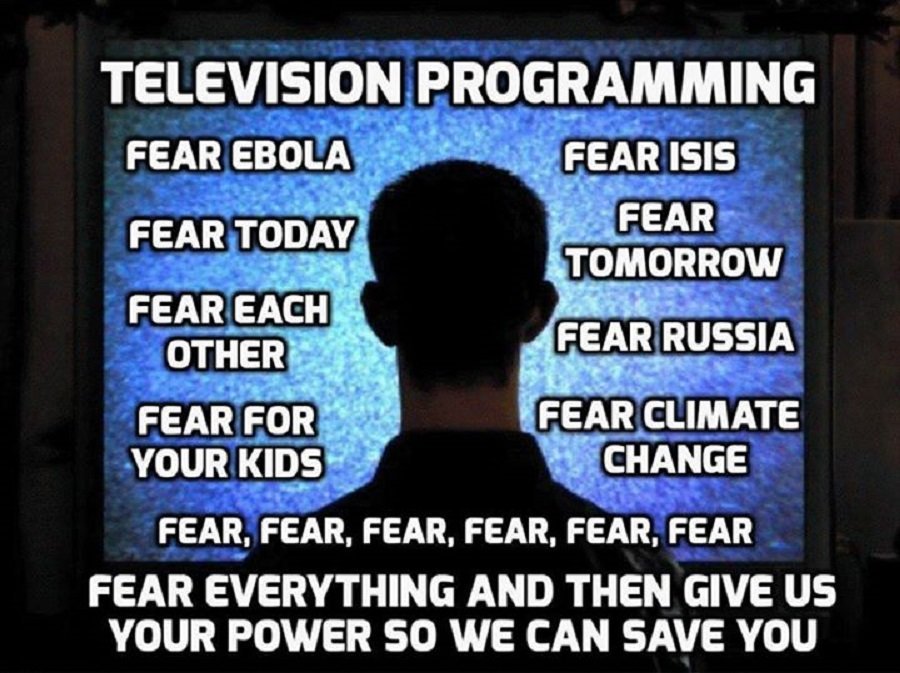 History teaches us that eventually the fog of propaganda, no matter how thick and unrelenting, is dissipated by the sun of truth.

Not really: By truthtellers such as Michel Chossudovsky.

It often takes decades or much longer for that to happen and even then it takes openness of mind and spirit to accept it in all its disturbing reality, for propaganda often enters into the deepest recesses of the mind and soul and many find they must forever defend it even when it is patently exposed.  Even if the truth is finally accepted, however, the damage has been done.

Presently, we are far along the path to worldwide totalitarianism as a result of the corona crisis, what is euphemistically called the “New Normal.”  As C. J. Hopkins, a wise analyzer of this pathological development, has said:

We have watched as the New Normal transformed our societies into paranoid, pathologized, authoritarian dystopias where people now have to show their “papers” to see a movie or get a cup of coffee and publicly   display their ideological conformity to enter a supermarket and buy their groceries.

This crackdown on freedom and the growth of elite control has dramatically accelerated in recent days and only those blind to history refuse to see it.  It’s an old story with a new twist; create enough fear – this time with a virus – and many people will bow to the authorities. Censor dissenting voices and many will make believe it isn’t happening and that their freedoms are not at risk.  The great psychoanalyst and sociologist Erich Fromm called this refusal the “escape from freedom.”  This perennial human tendency to submit to authority whose lust for power is equally never-ending is only thwarted by the unquenchable thirst for freedom exhibited by courageous freedom fighters.

Michel Chossudovsky is a freedom fighter.

In the case of the corona crisis propaganda campaign, the truth has been available nearly from the start, and Chossudovsky, with his website Global Research, has been one of the most unrelenting voices of sanity and freedom.

Global Research has for decades been on top of the most important issues of our times, from the events of September 11, 2001 through the Iraq War, the endless so-called war on terror, the U.S. wars on Afghanistan, Libya, Syria, Yemen, Serbia, Palestine, Cuba, Chile, Nicaragua, etc., the multiple financial crises, CIA coups and assassinations of domestic and foreign leaders, the new Cold wars against Russia and China, right up to today’s world-wide covid propaganda war.

Started by Michel Chossudovsky on September 9, 2001, the website is part of The Centre for Research on Globalization (CRG), which is an independent research and media organization based in Montreal, Canada.

Global Research has been a beacon of light for twenty dark years.  It has ignored no topic, no matter how controversial.  It has published an enormous amount of writing and research by many writers, exploring matters from multiple viewpoints, including conflicting ones.  Like any website that posts an enormous amount to engender debate, the quality of the articles varies, but on average it is very high.  Chossudovsky’s own writing has been outstanding and comprehensive.

Starting in January 2020, at the start of the corona crisis, he has been assiduously tracking its development in article after article. (Other contributors, such as Peter Koenig, et al., have also published very important work on the crisis at GR.)  Michel’s work (he is my friend and colleague and I am a long-time contributor) on this is similar to what he has done for twenty years since the murderous events of September 11, 2001 and the official propaganda about them. Global Research is a deep repository of research and writing exposing the official lies about those attacks.