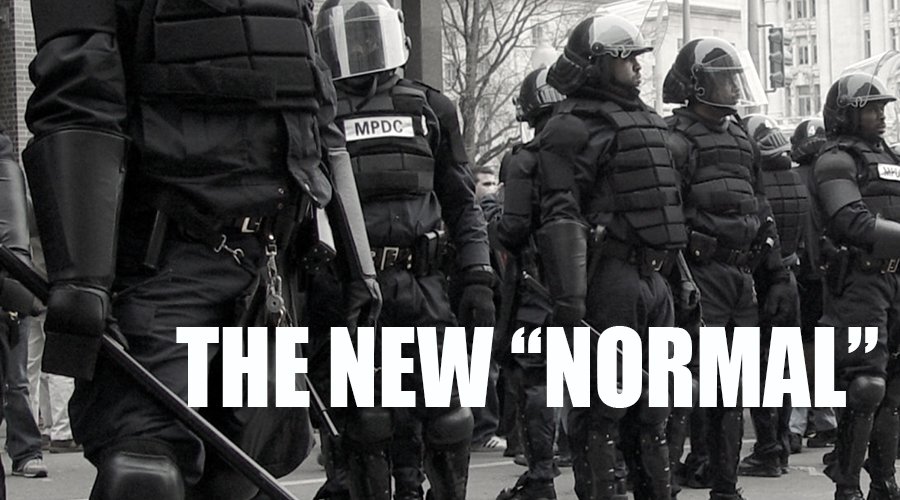 I know, you’re probably sick and tired of hearing about the Rise of the New Normal Reich. You want it to be over. So do I. It isn’t over … not by a long shot.

It might seem like it’s over where you are. I imagine it does if you live in Florida, or in Texas, or the UK, or Sweden, or Croatia, or in some other country or state in which the majority of the “Covid restrictions” have been lifted, or perhaps were never introduced in the first place.

If that’s the case, I’m happy for you.

I happen to live in New Normal Germany, the current tip of the New Normal spear, or one of the tips of one of its spears (or mRNA-laced hypodermic needles), the others being countries and states like Canada, China, Australia, New York, California, and assorted other hotbeds of New Normalism.

If you live in one of these New Normal strongholds, as I do, you are acutely aware of how it is not over.

The masses are being systematically conditioned to accept the biosecurity police state that the global-capitalist ruling classes have been implementing for the last three years. Despite the now irrefutable evidence that the “vaccines” do not prevent transmission of the virus, “the Unvaccinated” are still being segregated, banned from working, attending school, competing in major sporting events, and so on.

People are still being forced to wear masks — the symbol of the New Normal Reich — on planes, trains, public transport, in doctors offices, hospitals, et cetera. Here, there, and everywhere, New Normal symbols and social rituals are being permanently integrated into everyday life.

These symbols and rituals are more than just the window dressing of the New Normal Reich. They are how our new “reality” is being created and maintained. The masses are like actors being forced to emotionally invest in the “reality” of an absurdist stage play.

The more they repeat the performance, the more convincing the fictional “reality” becomes, regardless of how patently absurd it is … and it is becoming more and more absurd.

For example, at the airports in New Normal Canada, citizens attempting to enter their own country without the so-called “ArriveCAN” app on their smartphones to provide proof of their “vaccination status” (including octogenarians who do not own smartphones) are subjected to extended absurdist harassment by imbecilic New Normal clowns in red vests.

Here in New Normal Germany, the government is preparing to force everyone to wear medical-looking masks in public every Autumn and Winter, not just on account of the “Apocalyptic Plague” but also on account of the normal Winter flu. The pretext doesn’t really matter anymore. The point is the display of ideological uniformity.

Meanwhile, Germany’s Federal Ministry of Health was forced to publish a limited hangout regarding “vaccination” injuries and deaths. They did it classic Goebbelsian fashion.

Read More: The Normalization of The New Normal Reich