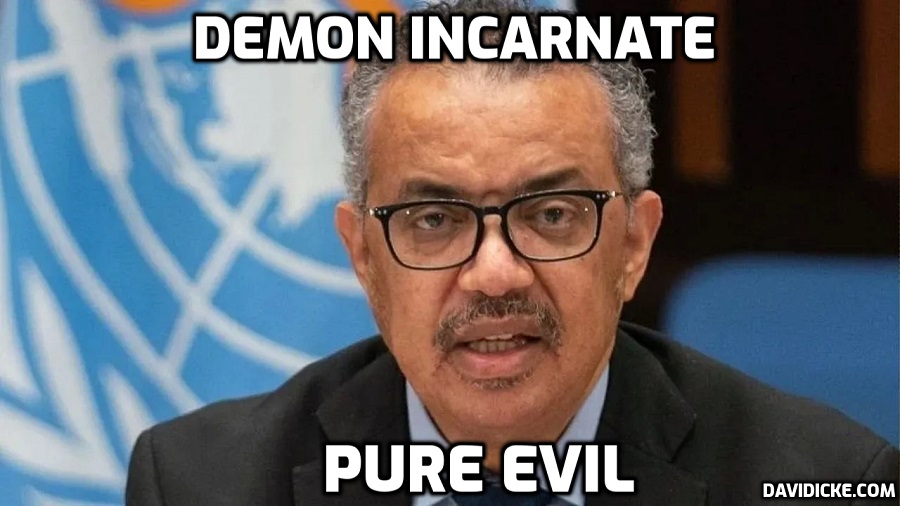 The head of the World Health Organisation, Dr. Tedros Adhanom Gebreyesus, was a senior capo for the Tigray Peoples Liberation Front (“TPLF”) gangster mafia that ruled Ethiopia from 1991-2018. During that time, he served as Health Minister and Foreign Minister, cementing his credentials as a member of the inner circle of what was one of if not the most corrupt, brutal and genocidal regimes to set foot on this planet in the past 30 years.

From 2007 to Ethiopia’s Peaceful Revolution in 2018 Dr. Tedros was complicit in the TPLF’s crime of genocide against the Somali people of the Ogaden with the genocidal blockade of food and medicine to the region. He was part of expelling the Red Cross and Doctors Without Borders from the Ogaden during a series of Cholera outbreaks and in helping deny medicine to the Somali Ogadenis he oversaw the deaths of untold thousands during a series of historical droughts, famines and epidemics.

Dr. Tedros did not just cover up cholera epidemics, he was complicit in a medical blockade to those affected.

And this gangster is today the head of the WHO? How the hell did this happen? Deja Vu Anthony Lake, the CIA and UNICEF?

In 2016 a revolutionary situation was developing in Ethiopia with the TPLF mafia’s days clearly numbered. Dr. Tedros read the writing on the wall and made himself “available” to serve the interests of Pax Americana at the UN. Being the USA is the major contributor to the WHO his vetting for its head by the CIA was a must. Having demonstrated suitability for the job by overseeing genocide made him eminently qualified and during the early days of the Trump Regime in 2017, he made his move from the sinking ship in Addis Ababa to Switzerland and the fat salaries of the UN.

Today he finds himself on the hot seat with a 100-year global flu pandemic raging. For almost three years he remained quiet about the almost total lack of preparation at the WHO for what numerous panels had warned was inevitable, a highly contagious and deadly virus quickly spreading across the world. Where were the stockpiles of protective supplies the public health professionals called for, repeatedly? Where were the stockpiles of medical equipment? Where were the testing kits the esteemed Doctors urgently spoke of?