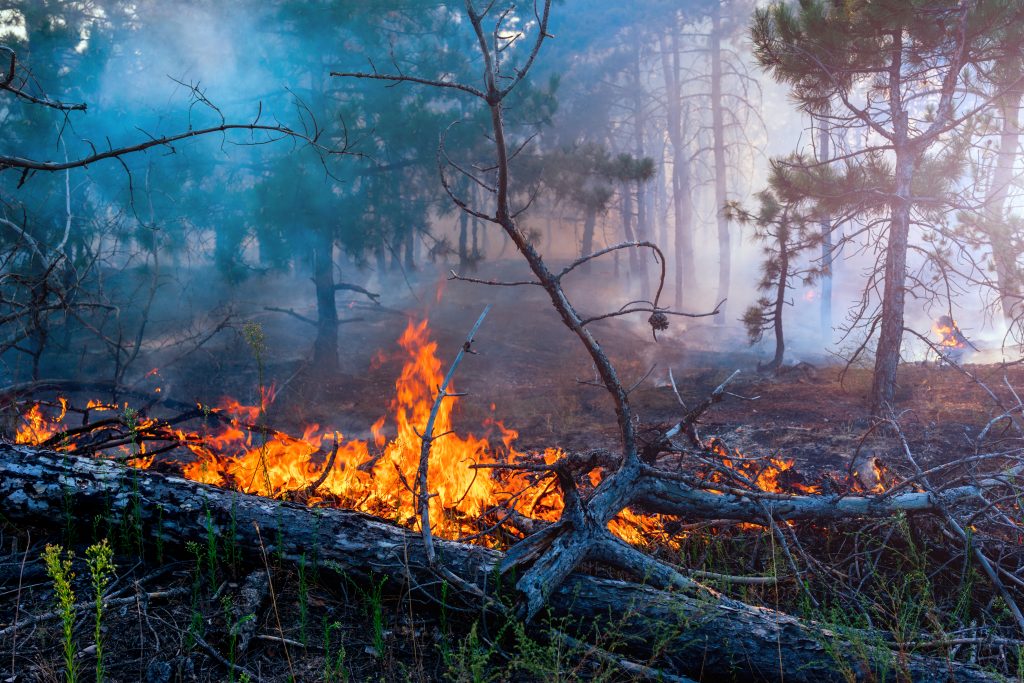 A reforestation company has expressed “profound regret” after accidentally sparking a 14,000 hectare forest fire in Spain.

The massive blaze – ignited by a contractor for carbon offset firm Land Life – tore through the Aragón in north eastern Spain last week.

The fire was brought under control on Thursday night – but not before it damaged 14,000 hectares of land and forced 1,700 people to flee surrounding areas.

The inferno was started when a single spark escaped an earth digger.

“The fire started while one of our contractors was using a retro-spider excavator to prepare the soil to plant trees later this winter,” Netherlands-based Land Life said in a statement.

Firefighters battling wildfires in the UK face climate and cost of living crisis
Grapes of Wrath: Spanish farmers recount ‘total destruction’ of vineyards amid wildfires
The carbon offset company said it was “devastated” to learn the latest estimate of the land damaged by the incident.

“We sympathise deeply with the feelings of the local community who had to be evacuated from their homes and see their landscape severely damaged.”

Spain has lost an incredible 200,000 hectares of land to forest fires in 2022 alone, as rising temperatures create tinderbox conditions.

What is Landlife?
Landlife is a carbon-offset company. This means it plants trees to counteract the carbon emissions of its clients.

Its website invites companies to “turn their CO2 into forests” through an “innovative, high tech” approach.

They claim to have planted nearly six million trees over 6,033 hectares of restored land.

However, this is not the first forest fire that the company has accidentally started.

In June, it sparked a blaze that burnt through 20 hectares of land.

Locals are unhappy that the company continued to operate after the first incident, according to the mayor of nearby town Bubierca – particularly during record-high temperatures.

Spain evacuates 2,000 people in Andalucia as authorities tackle wildfire
Chernobyl: Radioactive air pollution released by massive forest fires, officials warn
“It is not good that it happens once and that they continue working,” he told local media.

“The Government of Aragon, instead of recommending that the activity cease, should have prohibited it, because there is time to repopulate these hills, where fire breaks out as soon as they throw iron on the stone.”

In their press release, Landlife said that an investigation had been launched.

“We will continue to follow up on anything we can do in this situation,” it said.

“We want to emphasise that the contractor, a local company with extensive experience in the area, had the appropriate authorisation issued by the local and regional authorities.”