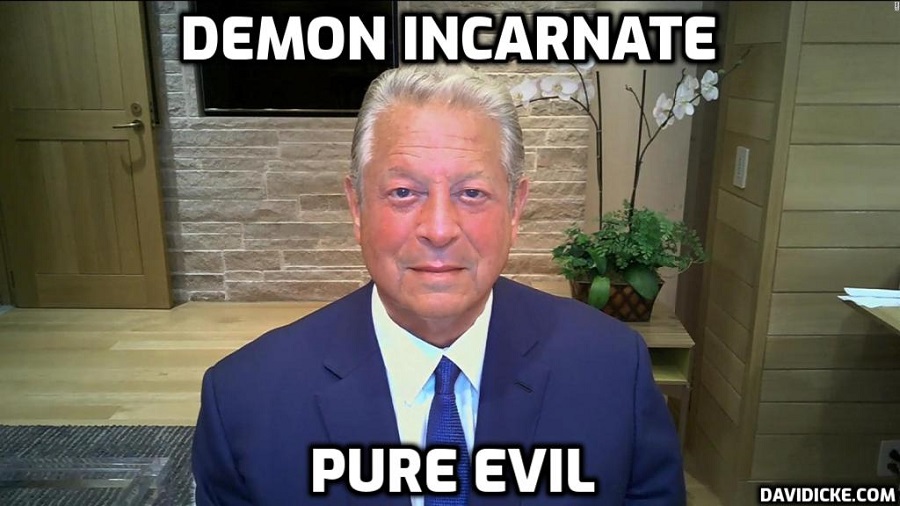 Former Vice President Al Gore has likened climate change deniers to the Uvalde cops who stood by and did nothing as a school massacre unfolded.

In a Meet The Press interview that will air on Sunday, Gore told Chuck Todd: ‘You know the climate deniers are really in some ways similar to all of those almost 400 law enforcement officers in Uvalde, Texas, who were waiting outside an unlocked door while the children were being massacred.

Gore – worth an estimated $300 million thanks to his green investment fund Generation Investment Management – added: ‘They heard the screams, they heard the gunshots and nobody stepped forward.’

Gore, who is famed for his hardline pro-green stance, served as vice president in Bill Clinton‘s administration between 1993 and 2001.

After leaving office, he set up Generation in 2004, when many renewable energy technologies were in their infancy.

The fund has since ballooned as investment in green technology has taken off, and now holds an estimated $36 billion in assets.

Readmore: ‘They heard the screams, they heard the gunshots – and nobody stepped forward.’ Al Gore says climate change deniers are as bad as the Uvalde cops who let school massacre unfold – says the Cult-owned liar with a ‘carbon footprint’ the size of Godzilla