t is important to focus on the history of experimental vaccines.

This article reviews the Tuskegee Syphilis Study in Macon County, Alabama that began in 1932 as well as other US government experiments that infected sick and vulnerable people with syphilis and other deadly diseases applied in Guatemala between 1946 and 1948.

In Macon County, Alabama, the U.S. government monitored more than 600 black sharecroppers including 399 who were already infected with syphilis while the remaining 201 who were not.

Many people of color in the U.S. do not trust the medical establishment because of this troubling history of human experimentations.

According to CNN who was there to witness the historical moment of the first Covid-19 vaccine given to a black woman but in reality, it was propaganda for Big Pharma

“A critical care nurse was the first person in New York and among the first people in the United States to get a shot of the coronavirus vaccine authorized by the US Food and Drug Administration.”

The US Government’s Human Experiments in Guatemala

Image below: Female Patients at Psychiatric Hospital in Guatemala 1946-1948 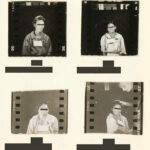 The U.S. government under President Harry S. Truman, a Democrat from Missouri partnered with one of the poorest countries in Latin America, Guatemala, a U.S. puppet state with its President and lap dog, Juan José Arévalo and the rest of his criminal cohorts or shall we say his “health care officials” began experimenting directly with approximately 1,300 test subjects out of the 5,500 Guatemalans who were infected purposely without their informed consent.  They were infected with syphilis, gonorrhea and a bacterial sexual infection called chancroid that comprised of soldiers, prisoners, prostitutes and patients who had mental issues.  The experiments began in 1946 and ended around 1948.  In a report by the Boston Globe, Susan M. Reverby, a medical historian and professor at Wellesley College in Wellesley, Massachusetts discovered that “US government scientists in the 1940s deliberately infected hundreds of Guatemalans with syphilis and gonorrhea in experiments conducted without the subjects’ permission.”  Reverby discovered the documents about “four or five years ago while researching the infamous Tuskegee syphilis study” and discussed her findings with the US government.  The report said that “The US scientists — who had received the blessings of Guatemalan health authorities — were among the leading lights in the field of sexually transmitted disease research.” However, here is where the insanity was exposed:

Flush with optimism in the dawning era of antibiotic treatment, they decided to expose vulnerable subjects to further their understanding of the effectiveness of the new drugs in treating sexually transmitted diseases

The discovery happened while Reverby, who was at the University of Pittsburgh some years before conducting research for her book ‘Examining Tuskegee’ which she focused on Dr. Thomas Parran Jr’s archives.  Dr. Parran was a US surgeon general who was involved in studying methods in controlling the syphilis virus, but then Reverby discovered archives from another researcher who is deceased by the name of John C. Cutler who was a U.S. health service physician during the later years of Tuskegee syphilis study that began in 1932.

Cutler studied the effects and other different aspects such as the prevention and treatment of antibiotics called penicillin on individuals who were infected.  In a BBC article from 2011,

‘US scientists ‘knew Guatemala syphilis tests unethical’ said that “according to documents the commission had studied, at least 83 of the 5,500 subjects had died by the end of 1953.