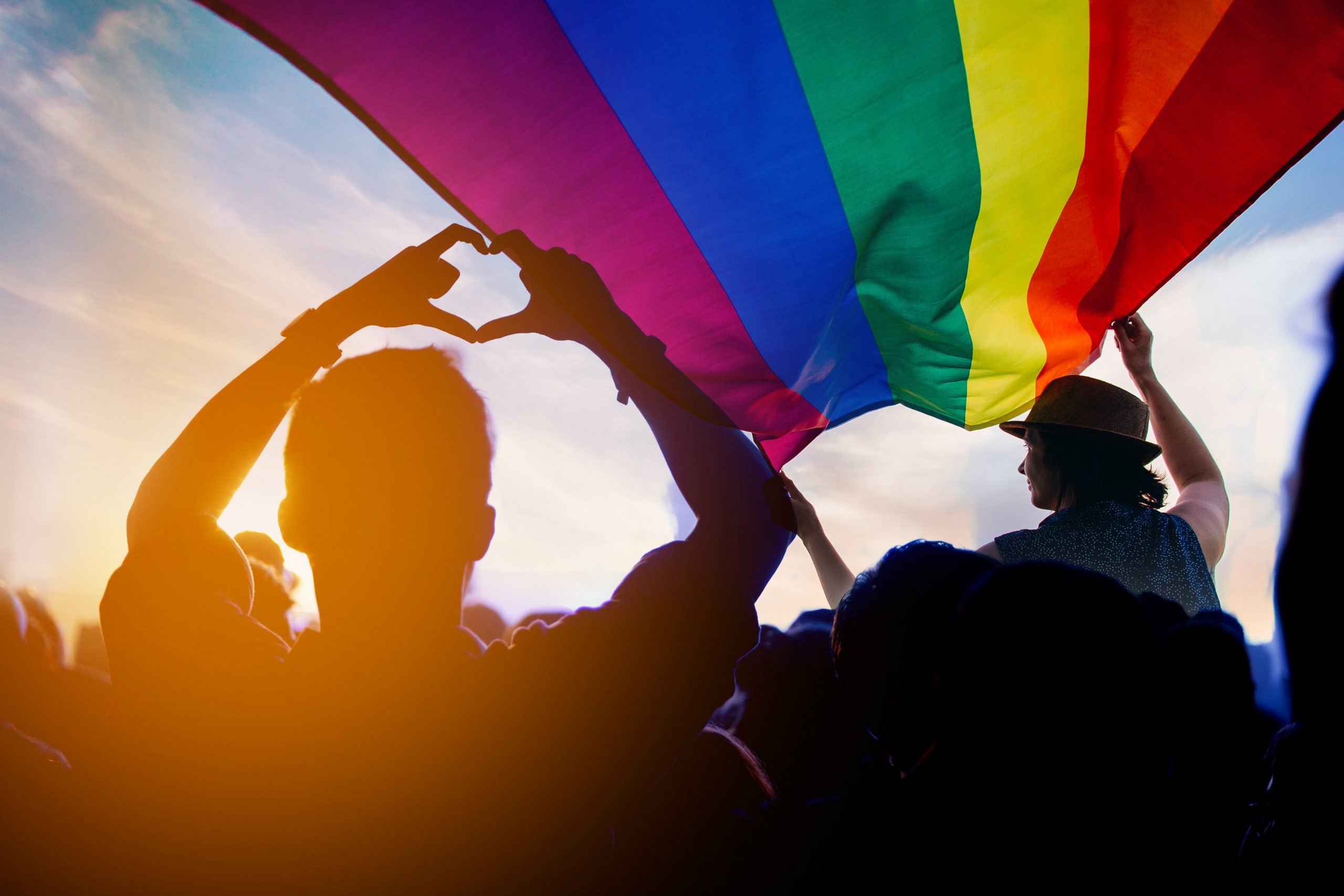 The instantly recognizeable ‘LGBT flag’ seem to be everywhere nowadays. It’s printed on National Trust badges; it’s flown outside U.S. embassies; and it’s painted on the side of police cars. Mega-corporations emblazon their logos with the flag every June, which comprises ‘LGBT pride month’ (though their Middle East divisions are notably exempt from this trend).

Has the rainbow-ization of everything been accompanied by an increase in LGBT identity – in people identifying as a sexual minority? It has, according to a comprehensive new study by political scientist Eric Kaufmann. Focussing on the U.S. (where there’s an abundance of relevant data) he finds that society is becoming less ‘straight’.

Unsurprisingly, the rise in LGBT identity is concentrated among young people. Depending on which dataset you look at, between 16 and 25% of under 30s now identify as something other than ‘heterosexual’. The true figure is likely toward the lower end of these estimates, says Kaufmann. Even so, this would still mean that one in every six young Americans has an LGBT identity.

Okay, so a lot of people say they’re not straight. But is this reflected in their actual behaviour? In part, yes. But Kaufmann finds that rising LGBT behaviour accounts for less than half the rise in LGBT identity. As the chart below indicates, non-heterosexual identity is up by 11 percentage points since 2008, whereas non-heterosexual behaviour (reporting at least one same-sex partner in the past year) is only up by 4 percentage points. 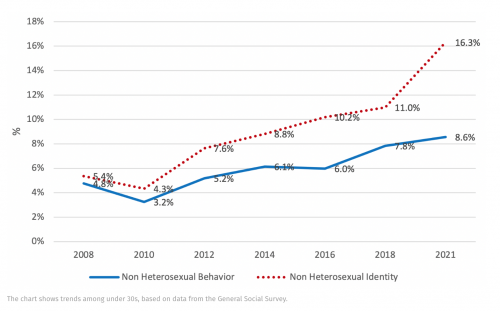 Read More: LGBT Identity Among Young People Has Tripled Since 2008