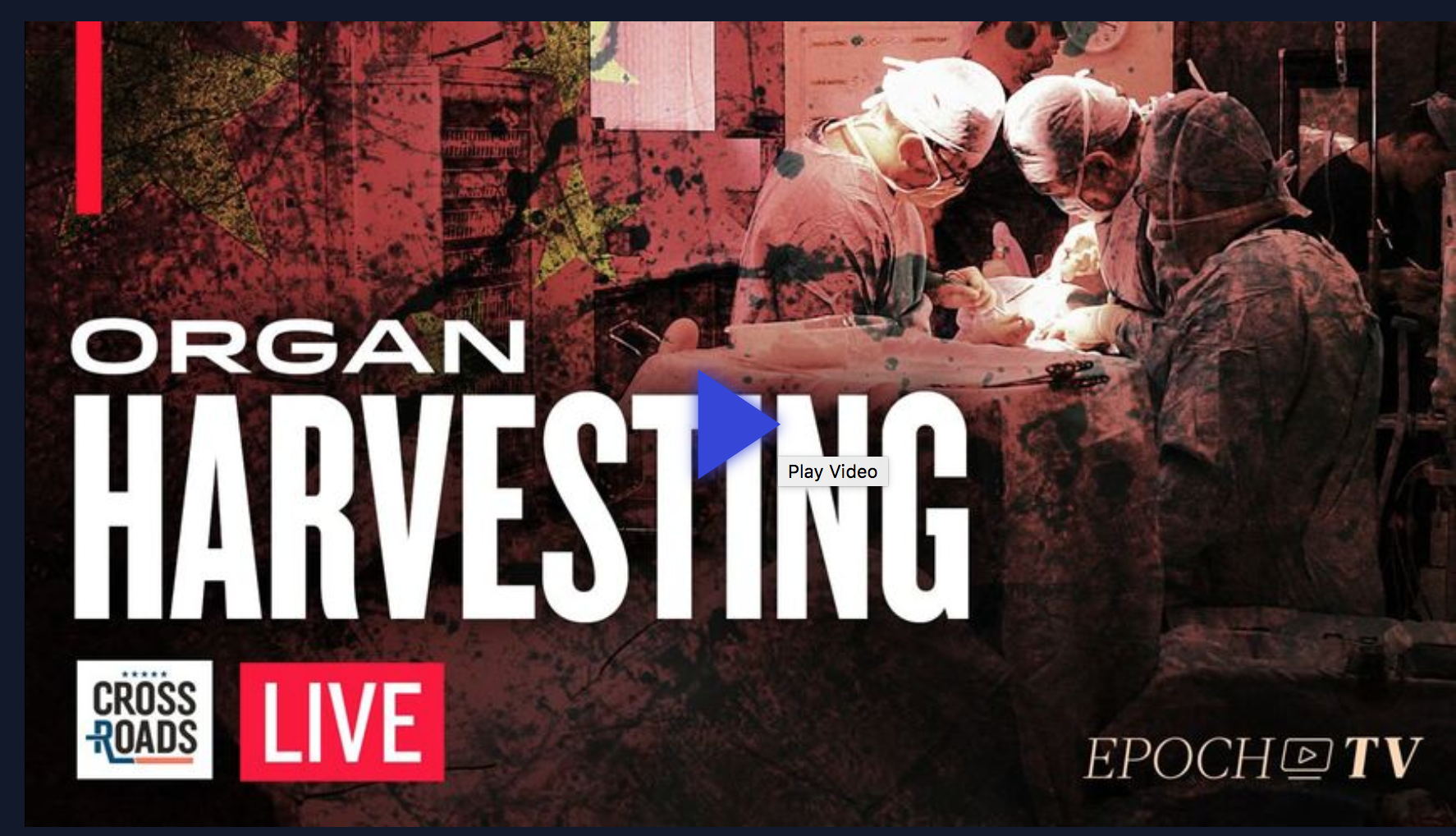 On July 20, 1999, the Chinese Communist Party launched a persecution against one out of every 13 Chinese people, in a campaign that included arrests, torture, and killing. This was the persecution against Falun Gong, a Chinese meditation practice based on the principles of truthfulness, compassion, and forbearance. Now, 23 years later, the persecution continues, but its crimes are being exposed.

Among the key findings in the persecution of Falun Gong is that of live organ harvesting, where religious believers are being used as living sources for organ transplants in a murder-for-profit program by the Chinese regime.

We will have Dr. G. Weldon Gilcrease, deputy director of Doctors Against Forced Organ Harvesting (DAFOH) joining us to talk about DAFOH’s findings on what’s happening.

In this live Q&A with Crossroads host Joshua Philipp, we’ll discuss these stories and others, and answer questions from the audience.