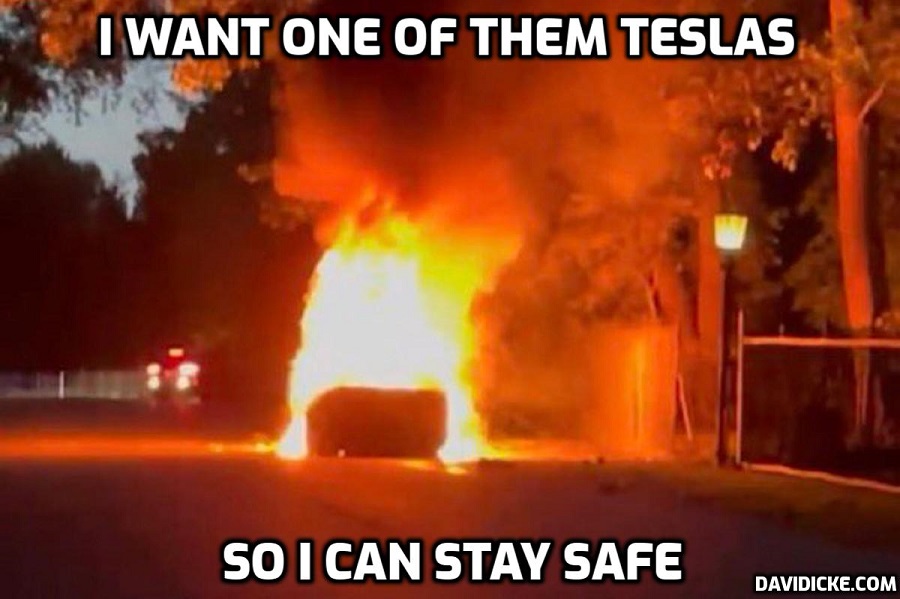 (Newser) – Tesla was negligent in deactivating a speed limiter on a Model S driven by an 18-year-old who crashed in 2018, killing himself and a passenger, though the driver and his father were 99% at fault, a Florida jury has found. According to a National Transportation Safety Board report, Barrett Riley was driving 116mph along a curve with a 30mph limit when he tried to pass another vehicle and lost control of his 2014 Model S, which slammed into a concrete wall and caught fire on May 8, 2018, per the South Florida Sun Sentinel. On Monday, a federal jury in Fort Lauderdale, Fla., found Tesla 1% liable for having deactivated a device that limited the car’s speed to 85mph, which was installed by Riley’s parents, in what their lawyer said was the first trial against Tesla over an accident involving its vehicles.

The NTSB report released in December 2019 found the most likely cause of the crash “was the driver’s loss of control as a result of excessive speed.” The jury agreed James and Jenny Riley suffered $4.5 million and $6 million in damages for pain and suffering, respectively, but found Riley was 90% liable and his father 9% liable. That means Tesla will only be liable to pay $105,000—or 1% of the combined $10.5 million—unless the parents’ claim about a faulty battery is reinstated upon appeal, James Riley’s attorney Curt Miner tells the Sun Sentinel. The parents argued a design defect in Tesla’s lithium-ion battery cells and battery pack caused an “uncontrollable and fatal fire,” but Magistrate Judge Alicia O. Valle dismissed the claim, which Tesla had denied.

The carmaker said “no car could have withstood a high-speed crash of this kind,” per Electrek. It also claimed Riley tricked a technician into disabling the speed limiter. But it said its absence didn’t cause the crash. It argued Riley’s parents were negligent in allowing him to drive “when they were aware of his history of speeding and reckless driving.