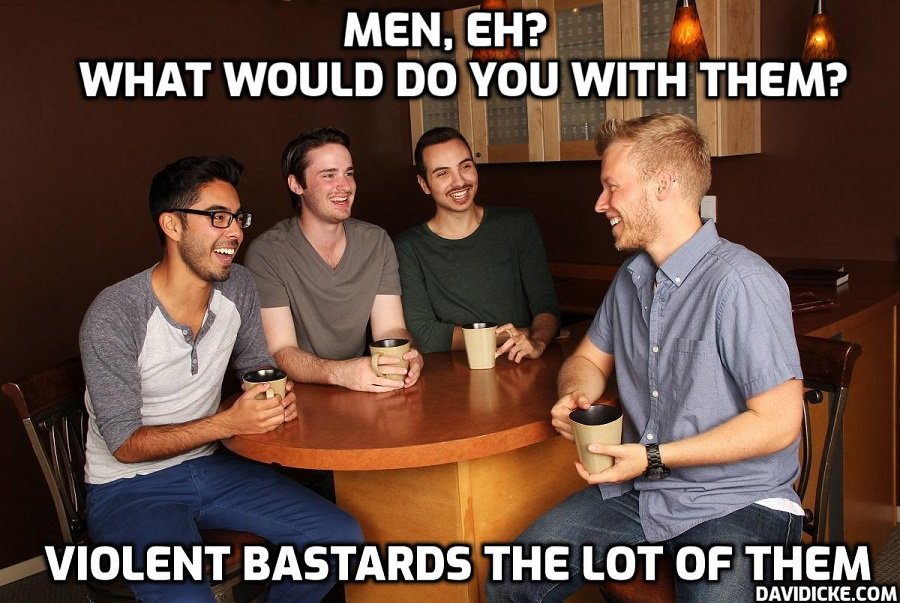 Masculinity is not toxic.

Media narrative to subliminally underMind men is toxic. This has been on the New World Order agenda ever since it came over from Nazi Germany through Project Paperclip.

While gender confusion is being promoted in the US military, free thinkers are culled out through mandated injections leaving only those soldiers who will march to New World Orders as intended. Same agenda has culled out our police force, leaving officers who will stand down upon command… even while little children are slaughtered.

Now, while globalist controlled media fails to define women due to the conflicting narrative, their social engineering mechanism successfully redefined men as planned.

I know. I was deep in the swamp under perpeTraitors’ MK Ultra mind control listening to them laugh and discuss how the plan to emasculate men was progressing. George Bush, Bill Clinton, Dick Cheney among others laughed together at the strategic plan to weaken virility to the point of inhibiting human procreation.  After all, depopulation is a fundaMental goal of their slave society agenda.  And ever since the CIA infiltrated women’s movements to divisively belittle men rather than focus on equality, strategic social engineering goals became ‘normalized’ into society.

A Deliberate Assault on Our Minds & Bodies

Meetings I experienced between the self-appointed ‘global elite’ were not formal like people would assume from propaganda photo ops of suits and jets. Instead, discussions occurred in such places as Bohemian Grove’s UNderground after perversions were fulfilled (another reason I had cause to be in their presence).

Read More: Masculinity is Not Toxic