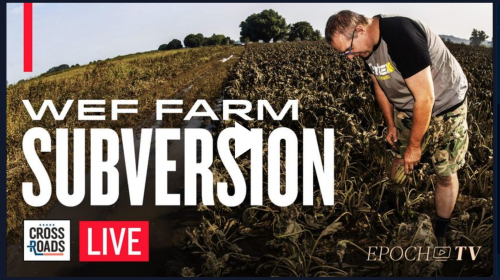 Behind government restrictions in the Netherlands that could force farms to close is an agreement last year between the country’s leadership and the World Economic Forum. As the country rolls out restrictions that are forcing farmers out of business, and as protests spread across Europe, the government agreement on a new food system is raising questions on whether a deeper agenda is at play.

This includes programs under the WEF’s Food Innovation Hubs, an initiative of its Food Action Alliance which was set to align with the United Nations Food Systems Summit, and tied into its Agenda 2030 guidelines on Sustainable Development Goals.

In this live Q&A with Crossroads host Joshua Philipp we’ll discuss these topics and others, and answer questions from the audience.