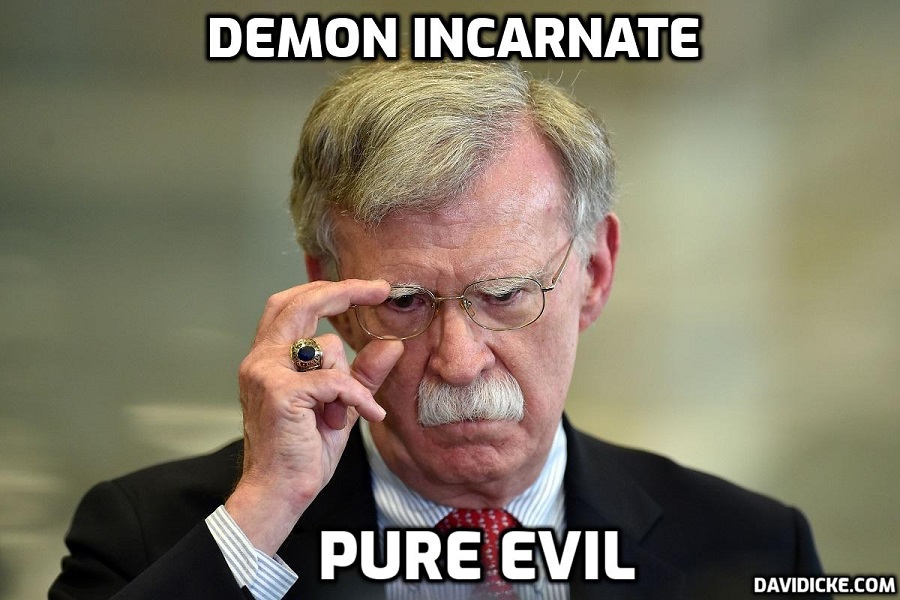 John Bolton is a veteran U.S. diplomat and foreign policy hawk. As the man’s Wikipedia page notes, he is “an advocate for military action and regime change by the US in Iran, Syria, Libya, Venezuela, Cuba, Yemen, and North Korea”. So you could he wants America to ‘have a role in the world’.

Bolton served as U.S. ambassador to the United Nations from 2005 to 2006, and as National Security Advisor to President Trump from 2018 to 2019. But he spends most of his time writing op-eds calling for the U.S. to bomb various countries, or to topple their governments.

While Bolton is known for his provocative statements (such as when he openly called for “regime change” in Iran), yesterday he really said the quiet part out loud.

Discussing the events of January 6th with CNN’s Jake Tapper, Bolton denied that Trump was behind a “carefully planned coup d’etat”. Tapper retorted that “one doesn’t have to be brilliant to attempt a coup”. And Bolton replied, “I disagree with that. As someone who has helped plan coup d’etats – not here, but you know, other places – it takes a lot of work.”

Perhaps even more amazing than Bolton’s admission was the fact Tapper – a leading American journalist with over 3 million Twitter followers – just nodded along while he was speaking. Tapper then asked Bolton a friendly follow-up question about his “expertise having planned coups”, while the two chuckled. This is what speaking truth to power looks like at CNN.

Of course, the levity with which Bolton and Tapper treated the former’s admission is extremely ironic given the subject they were discussing at the time: the alleged coup at the U.S. Capitol on January 6th – which many people (including Tapper himself) regard as a ‘fundamental attack on democracy’.