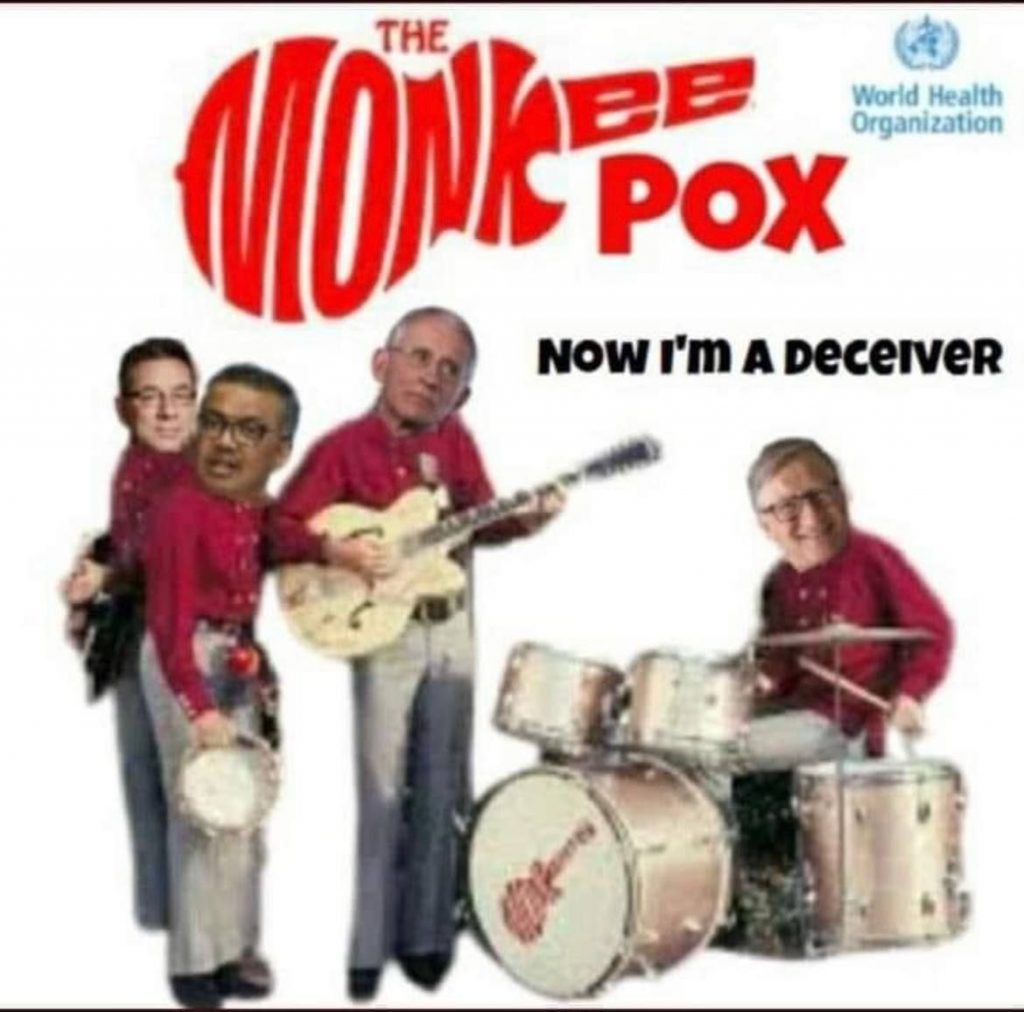 According to the New York Times the US is currently “losing the fight with Monkeypox”. That’s probably news to you.

After all, given the fact the US has around 700 cases of Monkeypox (around 0.0002% of the population), that the entire world only 8000 “cases” (about 0.0001%), and that there have been just 3 reported deaths…well, you’d be forgiven for not realising there was a fight at all, let alone that we were losing.

It’s really more of a kerfuffle. At worst. Perhaps a fracas.

That is – of course – assuming there is any monkeypox “outbreak” at all, something we should never take on faith, especially in the post-Covid world.

Nevertheless, the NYT is sure…

Five days ago it was reported that Australia had recorded its first “case”, with the under-stated headline…

…clearly this went too far, even for the mainstream media, who quietly reworded the title a few hours later.

Not to be outdone, two days later New Zealand announced their first monkeypox case was isolating at home.

And just 15 minutes ago, at the time of writing, The Guardian published a news story headlined:

So, what is the cause of mankind’s imminent loss to the monkeypox peril? Well they really couldn’t be clearer about that – we’re not testing enough.

The NYT goes on about this at length:

the response in the United States has been sluggish and timid, reminiscent of the early days of the Covid pandemic, experts say, raising troubling questions about the nation’s preparedness for pandemic threats.

The first cases of monkeypox were reported in May, but tests will not be readily available until sometime this month.

The first missteps in the U.S. response to monkeypox were in testing. As in the early days of the coronavirus pandemic, samples from monkeypox patients are being funneled to the CDC for final diagnosis, a process that can take days.

Slate agrees, headlining “We Need to Keep Better Track of Monkeypox” and quoting on “expert”:

Testing is the key piece in getting answers to these questions, and currently we simply are not doing enough of it.”

We’ve seen this movie before, we know how it goes from here.

Since, as the NYT points out, Monkeypox tests will be “readily available sometime this month”, we can expect a BIG spike in cases coming up.

Far from being recognised for what it is – a huge number of false positives caused by PCR tests – this increase in cases will be sold as the “true size of the outbreak” after weeks of calling current “case” numbers “likely underestimates”.

The solution, we know, will be “increasing vaccine coverage” or “helping immunize the most vulnerable” or some buzz phrase like that.