Chile is known to be the most economically developed country in Latin America, with a GDP per capita of $28,500 – about the same as Bulgaria. It’s therefore not surprising the country’s vaccine rollout proceeded rapidly. As a matter of fact, by mid June of last year, the country had double-vaccinated a greater share of the population than the U.K. or U.S. 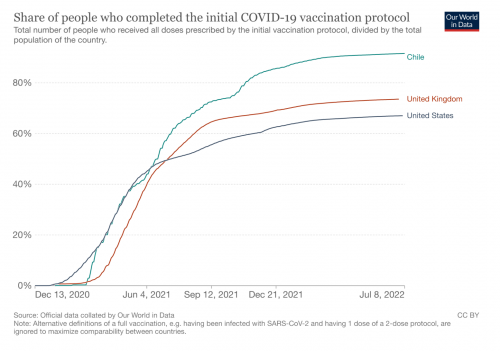 At the present time, more than 90% of Chileans are double-vaccinated – almost 20 percentage points higher than in Britain. Chile has also administered a greater number of ‘booster’ doses. By December 14th, over half the population had received one, compared to just 19% of Americans.