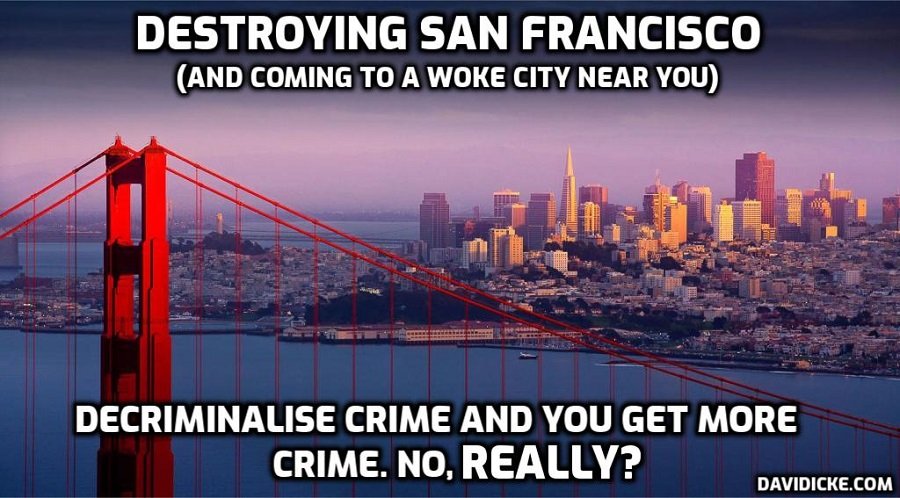 A shocking video shows San Francisco school children having to pick their way through a filthy, open-air drug den of homeless addicts after getting off a school bus at the end of the day.

The video, posed by Ricci Wynne, shows the elementary school kids filing off the 14 transit line in the Golden Gate City at 8th Street and Mission by the Pacific Gas and Electric Company building past dozens of sickly users nodding out on the sidewalk.

‘This is no back ally,’ he says in the tweet. ‘This is the main artery of the city that has been hijacked bye [SIC] drug dealers and now is Pure filth,’ Wynne said in the tweet.

‘I’m just trying to bring the images of the streets and the conditions to [the public],’ he said in a separate video. ‘Bring the awareness up…I’m trying to push for a change and try to see if we can get the streets back because we’re losing out here.’

The kids appear chipper as they head back home after their classes in a stark contrast to the junkies scowling as the sit on the garbage-strewn pavement shooting up.

‘Now ask yourself this question, would you want your children to walk through this squalor just to get home from school? @JoeBiden @VP @SpeakerPelosi @SenFeinstein @LondonBreed @SFPDChief #DoBetter #democrats #politics #Drugs #California #crime #DoYourJob #NA.’

Wynne, who describes himself as a ‘career criminal’ and a recovering drug addict, frequently posts videos of addicts on the streets or the piles of garbage and used needles that they leave behind.

Read more: insane Woke San Francisco: Shocking video shows elementary school kids getting off bus and being forced to pick their way through crowd of homeless drug addicts shooting up in broad daylight. The Woke mentality in a sentence and the world it seeks to create