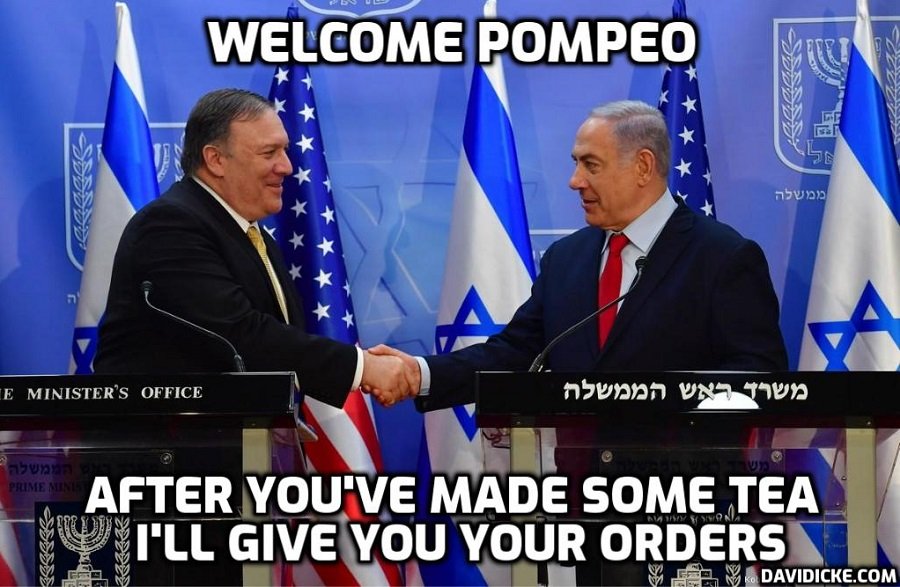 Former CIA director and secretary of state Mike Pompeo gave a speech at the Hudson Institute last week that’s probably worth taking a look at just because of how much it reveals about the nature of the US empire and the corrupt institutions which influence its policies.

Pompeo is serving as a “Distinguished Fellow” at the Hudson Institute while he waits for the revolving door of the DC swamp to rotate him back into a federal government position. The Hudson Institute is a neoconservative think tank which has a high degree of overlap with the infamous Project for the New American Century and its lineup of Iraq war architects, and spends a lot of its time manufacturing Beltway support for hawkish agendas against Iran. It was founded in 1961 with the help of a cold warrior named Herman Kahn, whose enthusiastic support for the idea that the US can win a nuclear war with the Soviet Union was reportedly an inspiration for the movie Dr Strangelove.

A think tank is an institution where academics are paid by the worst people in the world to come up with explanations for why it would be good and smart to do something evil and stupid, which are then pitched at key points of influence in the media and the government. “Think tank” is a good and accurate label for these institutions, because they are dedicated to controlling what people think, and because they are artificial enclosures for slimy creatures.