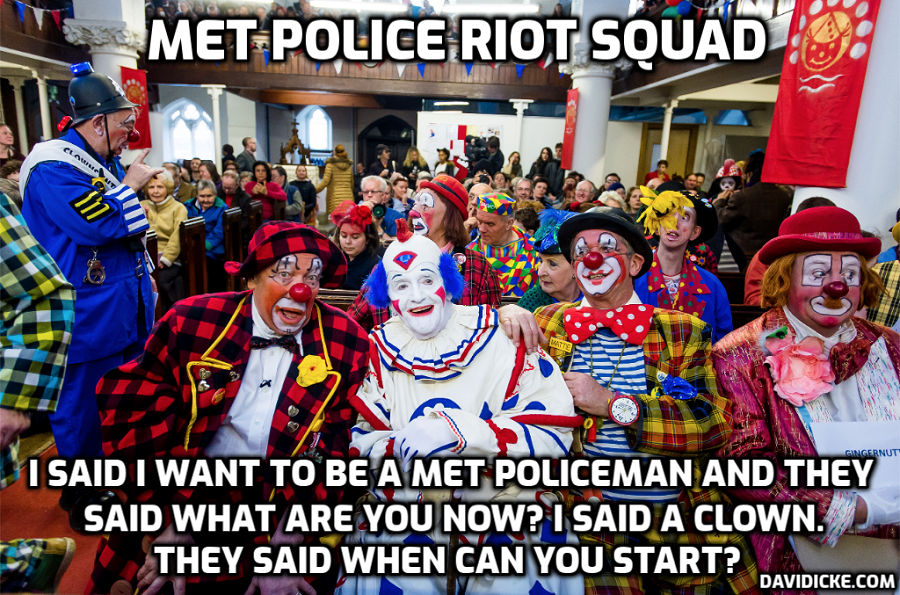 A black schoolboy was scared for his life after he was forced onto the ground by police in a mistaken stop and search.

De-Shaun Joseph, 14, was handcuffed and pinned on the ground by Metropolitan Police as he walked home from school in Croydon, South London.

Officers said he matched the description of a robbery suspect – a young black man in a blue hoodie.

De-Shaun was wearing his school uniform with a grey top over it when he was stopped outside Blackhorse Road Station.

He said officers forced him up against a wall, handcuffed him and took his phone without explanation before pinning him to the ground.

Police held De-Shaun – who is asthmatic – face-down with his hands behind his back as they kneeled on top of him, he claimed.

He told ITV News: ‘I thought I was going to die.’

Read more: Moment black teenager, 14, was forced to the ground and handcuffed by numbskull Met Police officers after he was wrongly targeted while walking home from school