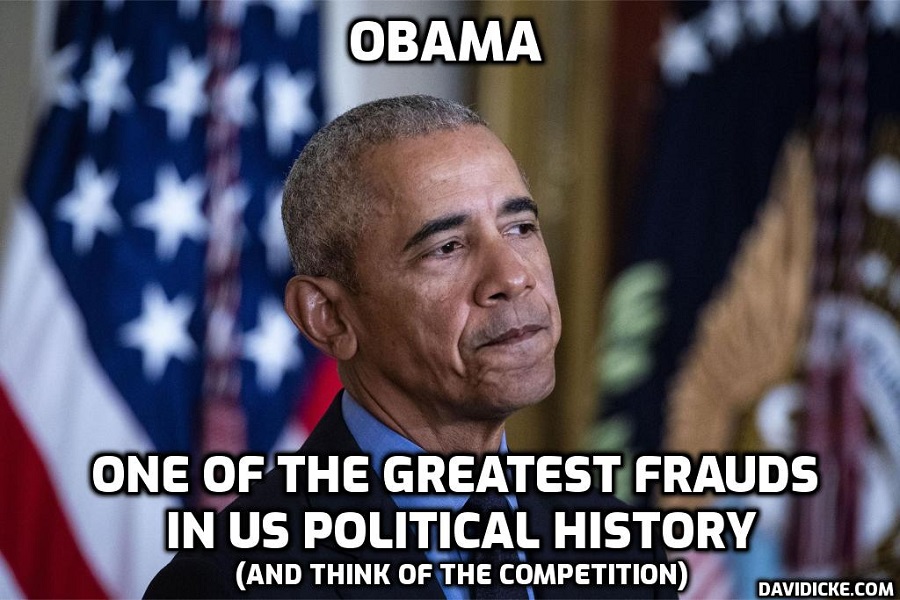 Earlier this month, the town of Edgartown, Massachusetts received an application for an underground propane tank installation at Obama’s estate, consisting of two 1,000 gallon-tanks and one 500-gallon tank, to be used for “residential purposes.”

“We’ve never had a private propane tank come to us,” said a member of the town’s review board. Typical residential storage for back-up generators is 100 to 500 gallons.

At a time when his successor’s economic war on Russia is wreaking havoc on the world and the U.S. economy teeters on the edge of an abyss, Obama’s 2,500-gallon scheme suggests he wants his 6,900-square-foot, seven-bedroom house to be ready for many weeks of energy independence at a time.

As president, Obama declared, “I am a firm believer that climate change is real and that it is impacted by human behavior and carbon emissions. As a consequence, I think we have an obligation to future generations to do something about it.”

Of course, to Obama and other ruling elites, “doing something” means imposing expectations on society they don’t apply to themselves. From Obama’s fossil fuel indulgence at his 29-acre vacation estate, to lockdown enthusiast Gavin Newsom dining in maskless comfort with 21 guests while he limited indoor dining for others, to gun control-advocating politicians who live under the protection of “assault rifles,” examples abound.

Indeed, this isn’t even the first display of elite hypocrisy at Obama’s Martha’s Vineyard mansion.

Last August, while Democrats and liberal elites were still relentlessly shaming Americans into embracing a dystopian “new normal” life of social isolation and promoting hysteria over the Delta variant of Covid-19, Obama threw a celebrity-studded 60th birthday party for himself, with hundreds of guests.

Sounds like a guy who needs to check his privilege.