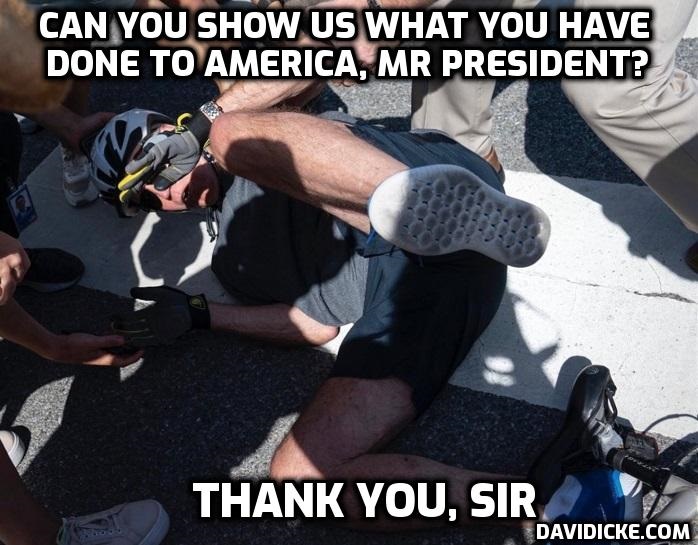 Last week White House press secretary Karine Jean-Pierre announced two team departures, saying that WH rapid response director Mike Gwin and press assistant Michael Kikukawa would be leaving to serve in public affairs at the US Treasury. The exits came as part of an ongoing staff shakeup ahead of the November midterm elections.

Amid a slew of departures in the White House of late, many aides in President Joe Biden’s administration are “tapped out,” according to The Hill.

“It’s been a long few years. The burnout is real. It might not be the ideal time to leave with everything going on, but it’s the right time,” a senior administration official was cited as acknowledging.

Indeed, several top officials have simultaneously announced they are moving on, and despite 18 months being typical for staff turnover in the White House, the timing- ahead of crucial November midterm elections – raises concerns.

“Given the complex challenges that the administration is facing, these departures are coming at an inopportune time,” Democratic strategist Joel Payne was cited as saying. Payne conceded that, “at this point in an administration, it is not abnormal to experience attrition.”

This week it was announced that White House counsel Dana Remus would exit next month, to be replaced by her top deputy Stuart Delery. Remus had been noted for overseeing the selection of Ketanji Brown Jackson to serve on the Supreme Court, as well a slew of federal judicial seats.

In other replacements, this week, Keisha Lance Bottoms, former mayor of Atlanta, was named senior adviser to the president for public engagement. She will take over from former Rep. Cedric Richmond (D-La.), who left the White House in May.

In another appointment this week, director of the White House Office of Intergovernmental Affairs, Julie Chavez Rodriguez, was also promoted to the role of senior adviser and assistant to the president. Rodriquez who will be the first Latina to ever hold a top West Wing staffing role, writes The Hill, as the Democrats display anxiety about their chances to win over Hispanic voters, particularly in Florida.