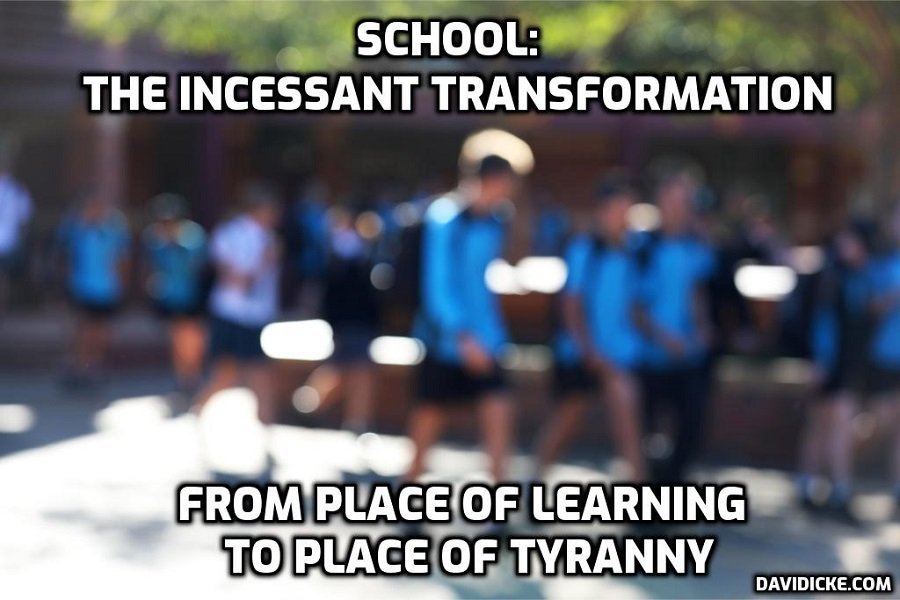 “In most places, the public school system has gotten so bad, they’re doing more grooming than they are educating, grooming toward sexual chaos and leftist politics than any real educating toward truth and beauty and goodness.”

I sit down with actor Kirk Cameron, who’s most well-known for his role in the 1980s sitcom “Growing Pains.” He is the executive producer and star of the new documentary “The Homeschool Awakening.”

Below is a rush transcript of this American Thought Leaders episode from Jun 14, 2022. This transcript may not be in its final form and may be updated.

Jan Jekielek: Kirk Cameron, such a pleasure to have you on American Thought Leaders.

Kirk Cameron: Thank you, sir. Great to be talking with you. I’m an admirer and appreciate you having me on the program.

Mr. Jekielek: Well, so you have this new film, The Homeschool Awakening, and it just strikes me as this inspiring and frankly, really interesting smorgasbord board of all sorts of things people that are homeschooling can do with their kids, which I thought was just wonderful because myself I’ve sometimes wonder how do these people do it? For example, I’ve had Sam Sorbo on the show. She has a lot to say about how to do homeschooling the right way.

But then a lot of people think to themselves, “Okay, sure. From Hollywood, got lots of money. These people can make it happen.” I think you’re in the same boat. Can the normal, typical person on the street actually do homeschooling?

Mr. Cameron: Yes. And we did for hundreds of years here in America. Early education was always based in the home. It was a private thing. It certainly wasn’t something that was determined and funded by the government until later. And parents took the responsibility as a sacred duty to shape the hearts and minds of their children.

And they didn’t do it alone. They were doing it in community with other families, and they saw the whole world as their classroom. And so they were learning economics, and all about science, and biology. They were learning about history to help them know how to move into the future.

And there’s been an explosion and a return to these educational principles of parents being in the leadership position, not the federal government. And we’ve seen that when the pandemic put parents in the front row seats to discover what the public school systems have been teaching their children, and many of these parents were not happy.

Mr. Jekielek: Let’s talk about a few of these things. For example, there’s this account on Twitter, Libs of TikTok, it has put up all these videos of public school teachers that are basically saying, “I’ve got control of your kids. I’m going to be telling them what they’re going to believe.” All that kind of stuff. What do you make of that?

Mr. Cameron: Well, we follow one story in our documentary, The Homeschool Awakening of a mom whose father was actually politically active. And he was part of passing a bill that would alert parents when explicit material was being taught to their children. And she thought this was a no brainer. Everybody would agree with this.

And during the proceeding, an example of explicit material was read out loud and they stopped the proceeding because it was so explicit, anyone under 18 years old was removed from the room. And then the teachers union representatives scolded the parents saying, “You will not tell us how to teach your children. We’re the experts with the degrees. You don’t know what you’re talking about, butt out. We’ll make the decisions.” That’s when she discovered that there was a whole other agenda than doing what was best for the kids. And she pulled her children out.

Mr. Jekielek: Well, I remember this was so bizarre because they stopped the proceeding because the parent is apparently reading explicit material, but this is the stuff that’s actually being taught at a school. I mean, you can’t write this stuff. Right?

In most places, public school system has gotten so bad, they’re doing more grooming than they are educating, grooming toward sexual chaos and leftist politics than any real educating toward truth and beauty and goodness.

Mr. Jekielek: And what do you exactly mean by grooming? This has become a contentious word. I mean, obviously it is a inflammatory word. What do you mean by it?

Mr. Cameron: Well, what I mean is that if you look into some of the curriculums, you’ll see that math is not just math anymore. History is not just history anymore, but there are ideologies and worldviews that are being constructed through the math class, through history class that are teaching children to feel guilty about the color of their skin, or to feel like they are victims and have a victim mindset by the color of their skin, or to hate our country, or to hate God, or to hate the Judeo Christian, moral standard that has caused families and churches and nations to flourish for thousands of years.

These are the things parents are not happy with, and they’re not taking it anymore. And the parents have led a movement to take back the leadership position in the education of their children to tailor it, not only to the things they want their kids to learn, but the way that their children learn. They want to be hands-on. And that’s the way this country became so strong and so free. And if we want to keep it that way, we can’t outsource education to a federal government that has an entirely different set of values and goals in mind.

Mr. Jekielek: One thing I did want to mention is you did say that you have a relative in the public school system, but you’ve actually described it on camera as public enemy number one, which actually elicited it quite a response.

Mr. Cameron: When you drop your kids off at a school or the babysitter, there’s a tremendous amount of trust that you’re putting in these people. And that trust was broken for many parents when they saw what their kids were learning and how their faith and their values and their worldview was being undermined.