Dramatic new findings from two climate science professors suggest that an increase in carbon dioxide in the atmosphere follows a rise in temperature rather than coming before it and causing it, throwing into doubt the whole of the current theory of human-driven global warming.

Demetris Koutsoyiannis and Zbigniew Kundzewicz sequenced the changes in temperatures and CO2 growth rates from 1980 to 2019 from widely available sources, and discovered that CO2 values lagged temperature by about six months. The obvious point is made that in attempting to prove causality – as climate alarmists do by arguing that increases in temperature are the result of increases in human-caused CO2 – cause cannot lag effect.

The period under review is shown by the graph below, which tracks the steady rise in CO2 and not-so-steady increase in global temperature from 1980. 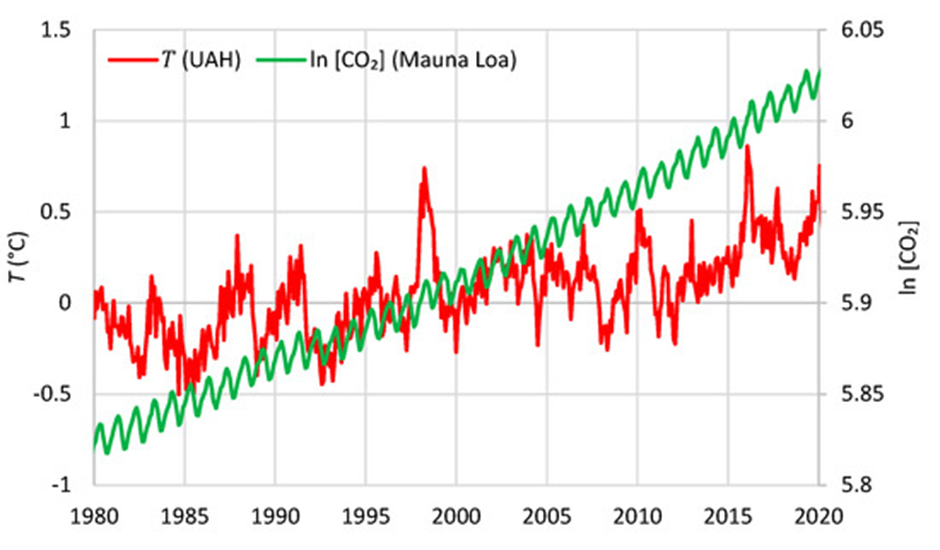 At first glance, both lines are rising and appear to be correlated. But as we have seen in previous Daily Sceptic articles, the UAH satellite record displays the two long pauses that have characterised the recent temperature record. The two professors note that the erratic behaviour of the temperature line contrasts with the smooth trend of CO2. From this graph, the authors suggest it “looks impossible to infer causality”.

The scientists are not the only researchers struggling to find evidence to support the notion that carbon dioxide – human-caused or otherwise – is the global climate thermostat knob. In 2015, a group of scientists led by Professor Ole Humlum of the University of Oslo found a similar monthly lag between CO2 and temperature. Again, using a selection of widely available datasets for the period 1980 to 2011, the researchers found that changes in CO2 always lagged changes in temperature. The lag was around 9-10 months for global surface air temperatures, and about nine months for lower troposphere temperatures.

Discussion of the climate role of CO2 in the atmosphere has largely disappeared in mainstream media, on the spurious grounds that the science is settled. At the BBC, for instance, debate on the subject is more or less banned. Humans only produce 4% of the annual CO2 that enters the atmosphere, and if this is seen to have little effect in changing the climate, the reason for pressing ahead with a ruinous Net Zero policy evaporates. Trillions of dollars for green subsidies, development work and academic grants, along with huge numbers of jobs and countless virtuous opinions and reputations, suggest a full understanding may take a little time. 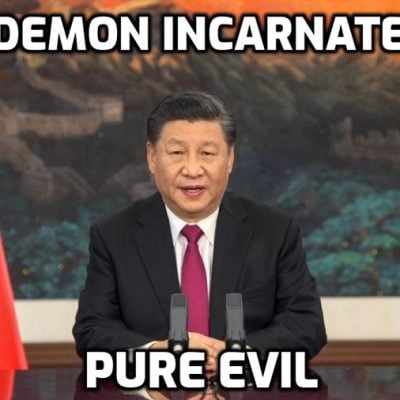