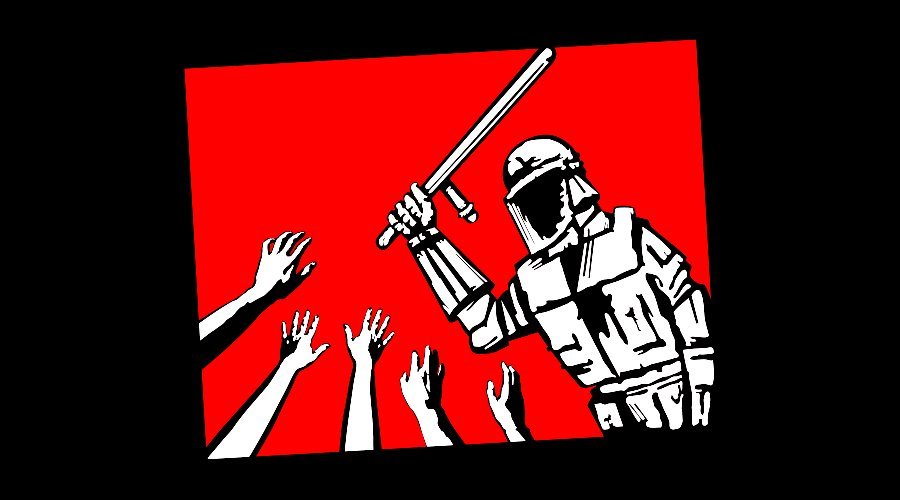 The state of New York, who has some of the strictest gun laws in the country, just stepped it up another notch — this time outlawing the ability of citizens to protect themselves from bullets with body armor. This move proves beyond a shadow of a doubt that lawmakers were never concerned with your safety — only control.

Legislation S.9407-B/A.10497 — written into law on Tuesday — makes it illegal to purchase and sell body vests for anyone who is not engaged in an eligible profession. “Eligible professions include law enforcement officers and other professions, which will be designated by the Department of State in consultation with other agencies,” according to the legislation.

“Gun violence is an epidemic that is tearing our country apart. Thoughts and prayers won’t fix this, but taking strong action will,” NY Gov. Kathy Hochul said as she took away the right of citizens to passively protect themselves. “In New York, we’re taking bold steps to protect the people of our state. I am proud to sign a comprehensive bill package that prohibits the sale of semiautomatic weapons to people under 21, bans body armor sales outside of people in select professions, closes critical gun law loopholes and strengthens our Red Flag Law to keep guns away from dangerous people—new measures that I believe will save lives.”

Lieutenant Governor Antonio Delgado weighed in after Hochul and completely dismantled their own argument that this law will do anything — by acknowledging that the pervasiveness of “illegal” firearms is leading to an increase in violent crime — not legal guns in the hands of law-abiding citizens.

“There is a scourge of gun violence in our country due to the pervasiveness of illegal firearms. Year after year, our neighborhoods are flooded with illegal guns and ghost guns, tormenting families and law-abiding citizens every day, but yet the national response does not change,” Delgado said.

In other words, “illegal guns in the hands of criminals are killing people, so we need to disarm law abiding citizens.” Makes sense…

According to the body armor ban legislation, it also vaguely outlaws the possession of body vests; meaning those who currently possess it, could potentially be penalized.

“This bill prohibits the unlawful sale and possession of body vests,” according to the legislation.

There is nothing in the bill that grandfathers in people who already own body armor, and now folks will be guilty of a crime if they purchase or possess a passive means of resistance to bullets.

Body armor is the most passive form of self-protection possible that a person can use, and the state of New York has now taken that away from law-abiding citizens. The only legitimate purpose of this bill is to make it easier for the State to murder the disarmed subjects of New York.

Body armor is purely defensive in nature, and people should always have the ability and right to defend themselves against attack.

Moreover, as we recently learned with the horrifying shooting in Uvalde, the Supreme Court has held that the police have no duty to protect citizens, so that responsibility falls squarely on the shoulders of individuals themselves.

To take away people’s ability to access defensive armor, after telling them that they are on their own and are owed no protection by law enforcement, almost seems like a cruel joke.

Why should a law-abiding American, who takes steps to defend themselves passively, be criminalized?

Where is the sense in government banning something that provides people protection from harm?

Read More: Protecting Yourself from Bullets is Now Illegal in NY